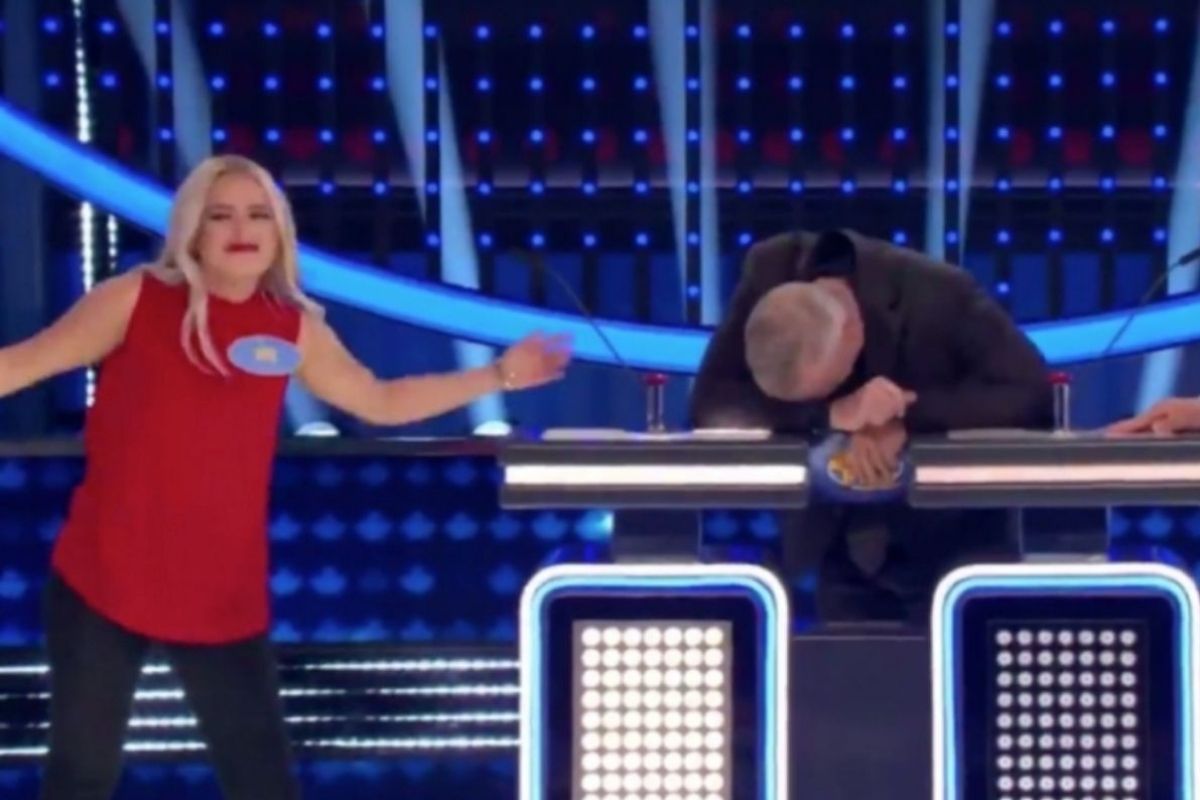 I would like to start off by saying that I had no idea that there was a Canada Family Feud. If I had known this, I would have started watching that show a long time ago. Don’t get me wrong, I love Steve Harvey, he’s the most hilarious host I have ever watched on TV. He is the king of awkward reactions and has been part of several iconic game show moments in history.

However, it turns out that the Canada show is, well, extremely Canadian. A contestant on Family Feud Canada has social media users cracking up after her enthusiastic wrong answer during an important part of the game. Host Gerry Dee states, ?Real simple. There’s one question. Only one answer. Whoever gets it, they’re playing for $10,000. That?s it. Whoever guesses this wins the game.?

So, Eve Dubois quickly walks to the podium eager for those $10,000. The question read: ?Name Popeye’s favorite food.? Before Dee could end his sentence, she quickly hit the buzzer answering, ?Chickeeeeeeen.?

Family Feud Canada’s “Most Amazing Moments in History of Television”

So Family Feud Canada exists, and tonight it gave us one of the most amazing moments in the history of television (h/t @cjzero) pic.twitter.com/uuJkTXH8q0

Yes, this woman was thinking about chicken sandwiches. Not only that, but she backed away and did a little happy dance, so proud and confident of her answer not knowing about the mix-up. Of course, it was wrong, she was thinking of Popeye’s Chicken, not the actual character.

So, the host quickly looked at the camera and put his head down, because well, it was embarrassing. But I do appreciate that he didn?t laugh right in her face, so Canadian. The other team won the game by correctly answering, ?spinach, Gerry.? Love the sass there, my man.

What got to me about this whole mess was that the cameras immediately pointed at the family, who was visibly distraught. One of the girls even puts her hand on her head and yells, “Oh nooo,” because she can?t believe what just happened. Neither could I when I watched it, to be fair.

Gotta love the "I'm blonde" response as she's getting roasted by her family pic.twitter.com/r7eDMrjEWd

Editor’s note: This article was originally published on February 28, 2020.