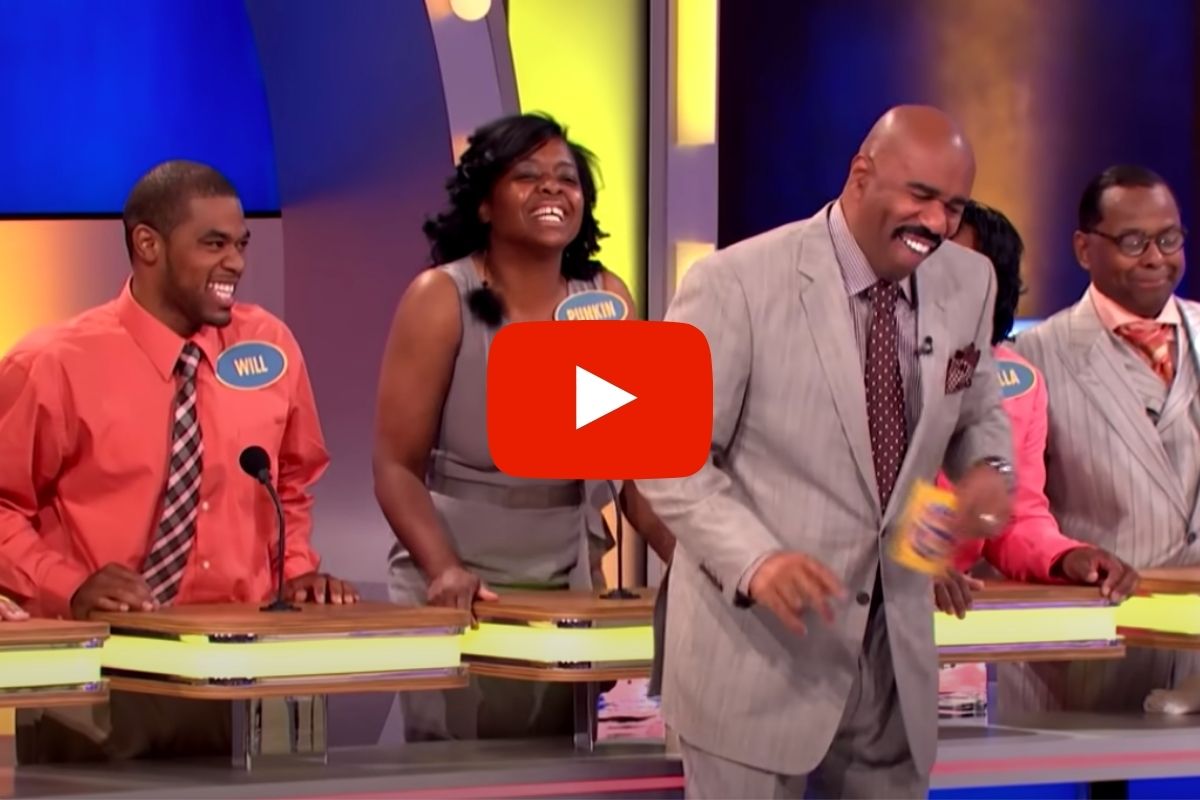 I love anything to do with Steve Harvey. I live off of his personality, and I think he’s one of the funniest people on this planet. Which is why I always enjoy watching some good Family Feud every now and then, because yes some of the questions and answers are funny. But, to me what is the funniest thing to watch is seeing Steve Harvey react to some Family Feud answers.

It’s like a mixture of America’s Home Funniest Videos and Family Feud if you think about it. Some of these good answers are so ridiculous that it makes you question the sanity of the people who are actually playing the show. But, I’m not complaining because it’s always a fun time to watch it.

In case you don’t know, Family Feud is an American television game show that was created by Mark Goodson where two families compete to name the most popular responses to the survey questions given by host Steve Harvey in order to win cash and prizes. It first aired on July 12, 1976, on ABC, and it’s also aired on CBS and in syndication. Ever since Harvey was on the show in 2010, the show has increased Nielsen ratings significantly, and placed the show among the top three most popular syndicated TV shows in the U.S.

So, now that we have the whole history behind the show explained, I decided to dig up on YouTube and find some videos that show the dumbest answers on Family Feud. Which is where I found these gems. In one instance, Harvey is seen asking the contestants, ?Name something that follows the word pork,? to which one contestant hilariously responded ?upine.?

You know, as in “porcupine.” As expected, the audience burst out laughing as the answer left Steve Harvey with a blank stare on his face with his mouth wide open as the show host typically does whenever a contestant answers with something ridiculous like this. Of course, the word isn’t on the scoreboard which leaves the family with a big red X and the buzzer ringing, but hey it was hilarious so we’ll take it. Then, let’s not forget the time where Harvey asked the contestant for a boy’s name with the letter H, to which the contestant responded “HOSE.” Glorious, gotta love a bad answer!

Another one of my favorites is when the Family Feud host asked a contestant called Toya ?name a sign that describes your love life,? to which Toya responded, ?Do not pass go!? Lord, you can tell this woman has been through a lot. We?re rooting for you Toya. What I thought was funnier was that her family members were just as shocked as Harvey. As expected, that answer wasn?t on the board either, but hey, we appreciate the effort. So yes, if you’re a Family Feud fan like me, I hope you enjoy these hilarious answers as much as I did. Don’t even get me started on Celebrity Family Feud, that’s a whole other story.