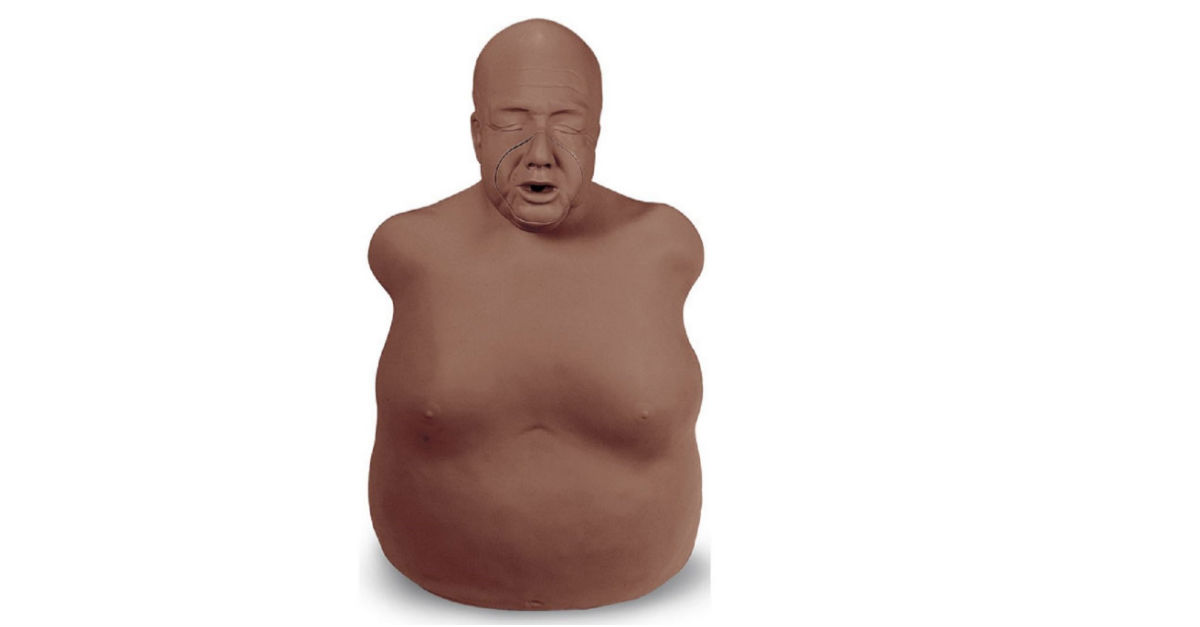 Until now, trainee medical professionals had to practice CPR on each other! Or on a gross, old dummy provided by whichever medical school they were attending. Thankfully, Amazon has provided a far superior third option: Fat Old Fred.

Fred is just another weird product being sold by our new favorite sellers, AWW Stores. As we write this there are only four reviews up, but they’re amazing, so we’re going to share a few of them with you.

Back in 2013, Amazon user Steve Barr said had some good news regarding Fred’s carrying case, saying it “is also quite useful for carrying other dismembered obese human torsos. Just in case you were curious.” Which we obviously were.

Steve also responded to another user’s question regarding Fred’s purpose. “Is this for like CPR?” The user asked. “Yes. Or for cuddling on cold lonely nights. Whichever,” was Steve’s response.

RELATED: The “Infant Circumcision Trainer” is exactly what you think it is — and the Amazon reviews are amazing

Our favorite review has to be the one from Richard Brueckner, who said had this to say:

I’m really happy with my Fat Old Fred, Black. Though if I’m being up-front, I have to deduct 1 star for it not being quite black. It’s actually closer to the color of wet terra cotta. Anyway, I was thrilled upon the arrival of my Fat Old Fred, Black, and immediately began to explore the various uses for a silicon sculpt of a kind-of-old-looking obese torso. My first idea was to cover him in paint and use a trebuchet to launch him at a giant canvas (after all, we all know art is really a process not a product amirite?) but I achieved unsatisfactory results as I seemed to only get face+tits+belly prints. After an hour or so the wall of my warehouse loft wound up looking like a giant had dipped their balls in paint and slapped them all over my wall. Not a good look, unfortunately.

My backup plan was to pimp him out to the crackheads who have an encampment in the storm drain under my warehouse, and so far I’m happy to say I’ve already recouped my costs in crack rocks and crusty dollar bills. A-, 8/10 would buy again.

So whether you’re a trainee paramedic or just someone who has trouble sleeping alone, look no further than Fat Old Fred.