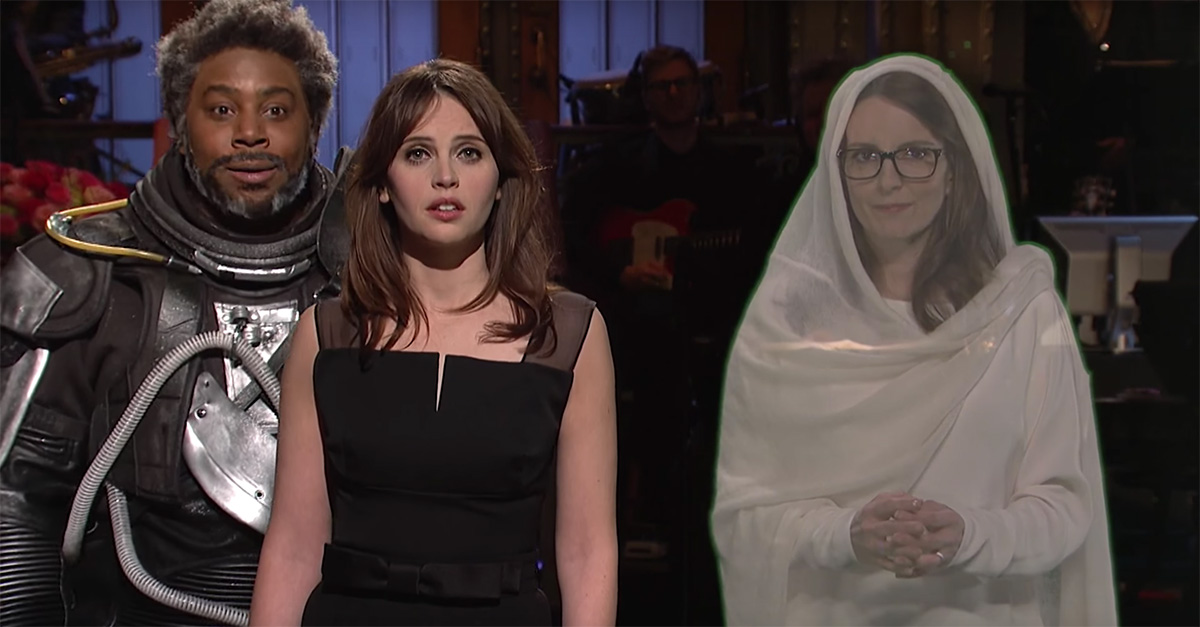 It was another Star Wars December this past year, with “Rogue One” blowing up the box office, the toy aisle and every commercial a marketing partner could throw a Stormtrooper in. And last night, the film?s star, Felicity Jones, hosted ?SNL,? poking fun at her character?s big moment by transferring a big file from one drive to another. That?s why her action figure comes complete with a Dropbox account.

Another “Rogue One” character, Saw Gerrera (played by a suited-up Kenan Thompson, naturally), comes to help Felicity on her ?SNL? hosting mission. Saw brings a message from a friend, a holographic Tina Fey dressed up in a Leia-esque head scarf, to explain what happens on an episode of the show.

May the Fey will be with you, always.