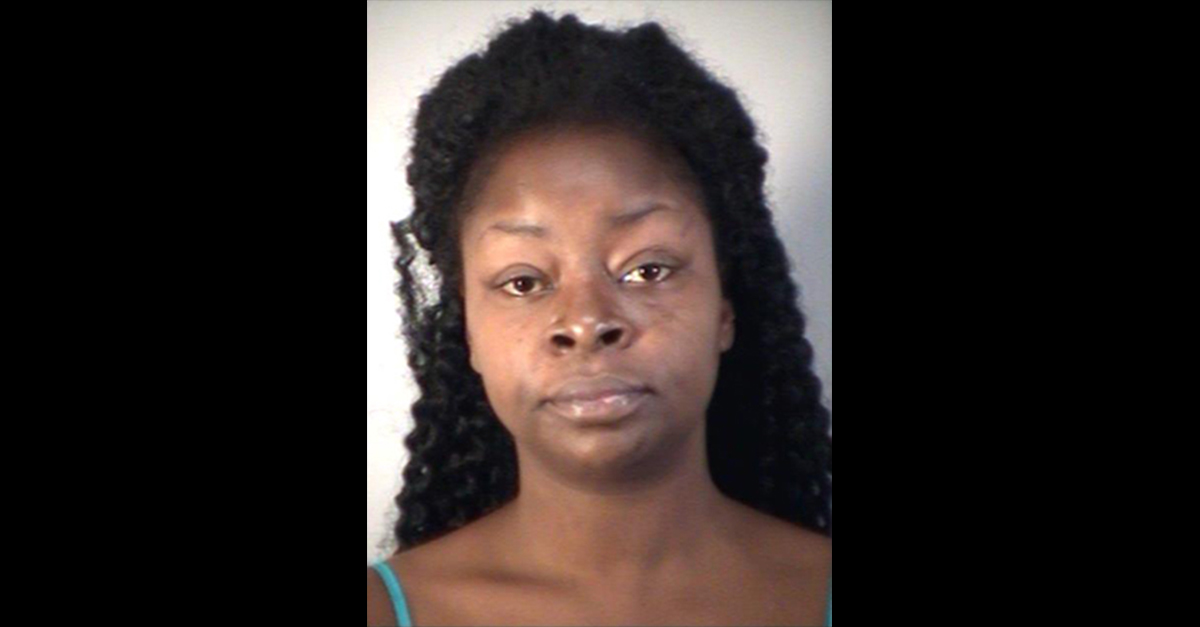 A Florida woman and martial arts black belt was arrested after she went to town on her boyfriend’s nose because he wouldn’t go to town on her.

38-year-old LaDonald Shakkie Holmes roundhouse kicked her boyfriend in the nose, then punched him in the nose, because he refused to have sex with her. His reason? That he was pretty sure she was going to get back with her ex-husband so what was the point of one more romp in the hay anyway. (The point was, apparently, that getting some and having an intact nose is preferable to the inverse.)

Holmes’ boyfriend, of course, immediately left the house and called the cops, who showed up to arrest Holmes. When the police arrived Holmes was uncooperative and fell several times while they were attempting to take her in. As a precaution, the police called an ambulance in case Holmes was having a medical episode. Holmes continued to resist and was sedated as a result. While the paramedics were trying to get her into the ambulance Holmes screamed, “I have the Coronavirus,” and then coughed a real sloppy, spit filled cough into the paramedic’s face.

It was unclear whether or not Holmes actually had the Coronavirus, but it feels like a no.

Holmes now faces charges of domestic battery and battery on a paramedic. She was arrested and later released from jail after posting her $7000 bond. She’s also, presumably, now single.

Still, her sensei may be proud nonetheless. Yes, it’s true, martial arts are only supposed to be used for self-defense, not to violently punish your boyfriend for not wanting to have sex with you. That said, Holmes did successfully follow the martial arts mantra that every part of your body can be used as a weapon. She used her feet, her hands, and even her saliva. She is a true black belt master.

Watch: Woman Pulled Over For Having Man in Dog Cage in Back of Truck