In this great short from “SNL,” the San Fernando Valley Karate Championship Finals play host to a showdown between “human freight train” Sammy Knox and Jeffy Le’Hart, aka The Karate Teen (featured player Mikey Day). First-time host John Cena gets to do his best “annoying ’80s teen villain” character, and oh man, is it annoying.

“Sorry I got DORK on the floor!” Cena yells, with a voice that’s as gratingly entertaining as a car wreck. Seriously, it’s like Billy Zabka doing Billy Zabka via the overly excited ’80s movie little brother.

And instead of Mr. Miyagi and car wax, there’s Kenan Thompson in a Members Only jacket and a bag of change. “Listen to the wind,” he says in a flashback, trying to inspire Jeffy to pull off his overly Zen finishing move. The flashback ends, and Cena stands over his opponent shouting “I’m going to have sex with that guy’s girlfriend later! Yeah!”

RELATED: Job troubles got you down? John Cena, career counselor, is here to help

Jeffy eventually realizes he needs to go for his version of “The Crane,” and Knox isn’t having it, delivering a “Dragon Ball Z” level punch that sends Jeffy through walls. It’s beautiful. It’s insane. It’s pretty much perfect. 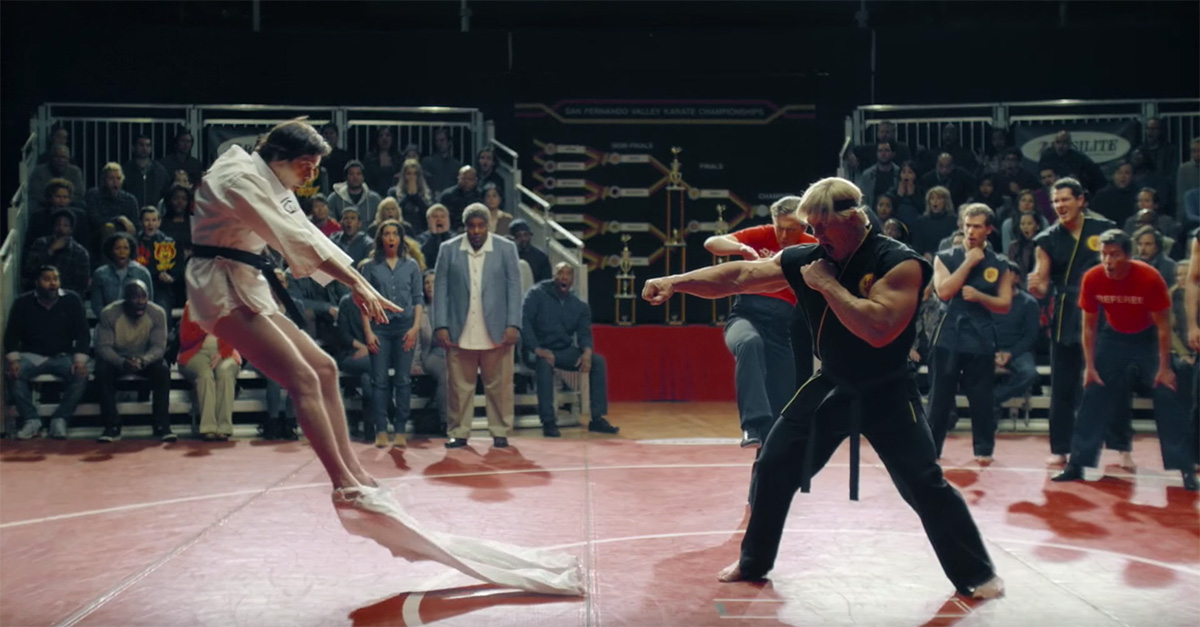