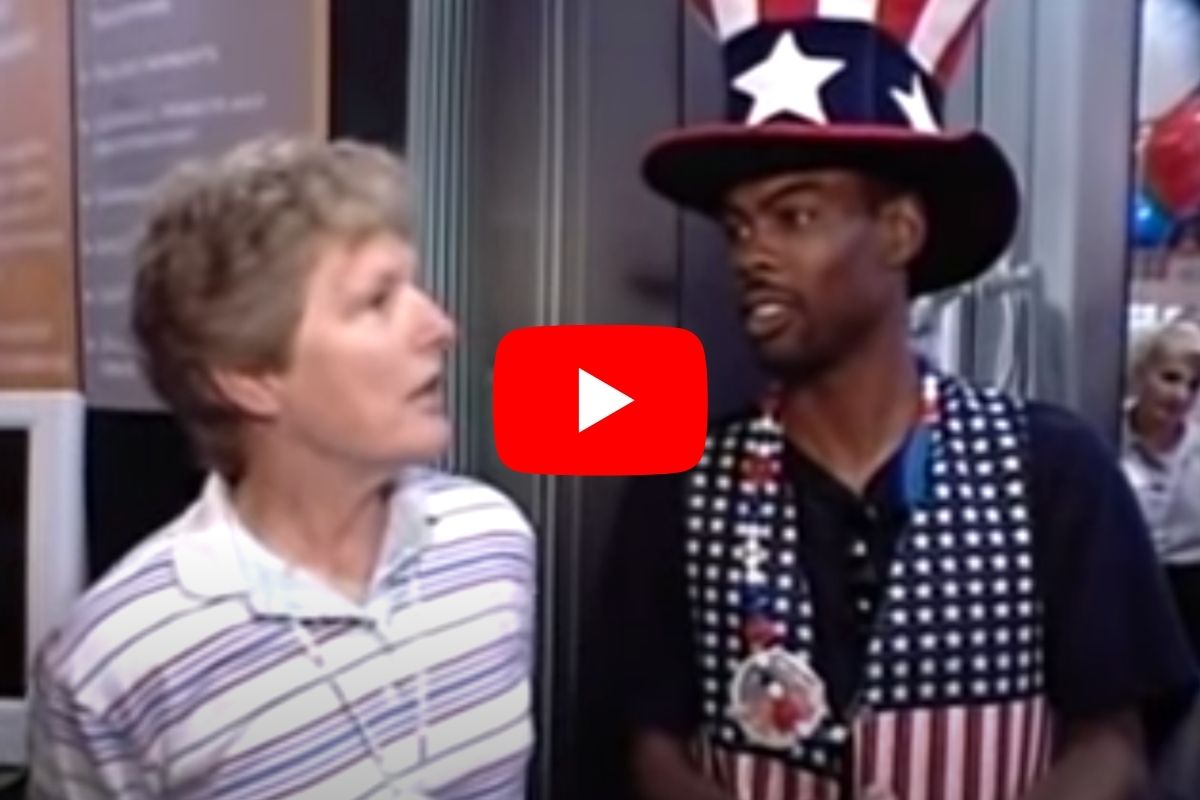 We were taking a trip down the memory lane of comedy when we unearthed this hilarious segment from the Emmy-winning The Chris Rock Show — one of the most criminally underrated TV shows of all time — which ran on HBO from 1997 to 2000. And as far as we’re concerned. this segment is easily one of the best.

Chris Rock at the RNC

In the video, a fresh-faced Rock (who is currently starring in Fargo on FX) heads to the 2000 Republican National Convention in Philadelphia where the stand-up comedy legend and former Saturday Night Live star asks typical conservatives, moderately famous black Republicans, and black people from Philly what they think of the Republican Party’s heir apparent, George W. Bush. It’s a pretty hysterical compilation of answers.

With the benefit hindsight, the Bush-inspired Republican optimism is fascinating — as are the responses from the African-American Philly natives when questioned by Rock on the notion of a black President. “Not in my time” one interviewee laments, unaware that he was a mere eight years away from seeing it happen.

In retrospect, The Chris Rock Show really was a marvel of comedy. With writers like Wanda Sykes and Louis C.K., as well as Rock himself, it’s not surprising that this TV series was so good. But somehow it doesn’t get the same due as Dave Chappelle’s groundbreaking show on Comedy Central. Even the controversial Oscars host’s later sitcom, Everybody Hates Chris, never got the due it deserved, aside from a couple of critics giving it some love.

Somehow when it comes to his non-stand-up projects the former SNL cast member, who starred in skits alongside the likes of Adam Sandler and Chris Farley, is more remembered for Pootie Tang and other box office failures than he is for his brilliant shows.

Thankfully the Brooklyn, New York-raised star’s comedic brilliance has never been in question, even if he is still underappreciated, thanks to comedy specials like Bring the Pain, Blacker, and Never Scared, as well as newer specials like Tamborine on Netflix.

Watch: Chris Rock?s Classic Bit About the War on Terror is More Relevant Than Ever Today