Feel free to comment below with the pun of your choice on this story. So many possibilities here.

A Florida man was injured while driving and receiving oral sex from his passenger when he crashed his car into a FedEx delivery van in Ft. Lauderdale.

The driver and passenger were apparently driving in an SUV when the driver became, according to Yahoo News, “distracted by his passenger’s performance” and crossed the center line, striking the delivery van.

Neither of the occupants of the FedEx vehicle were injured, and Yahoo News says “the only package harmed was the one being attentively gift-wrapped by the passenger of the SUV.”

According to another report, the female passenger was practically naked in the car. She suffered minor injuries upon impact with the van, which made her accidentally bite down hard on the driver’s penis.

“Aerial footage of the aftermath showed both SUV occupants being treated at the scene, pants around their ankles.”

Somebody with Yahoo News is earning his/her paycheck. 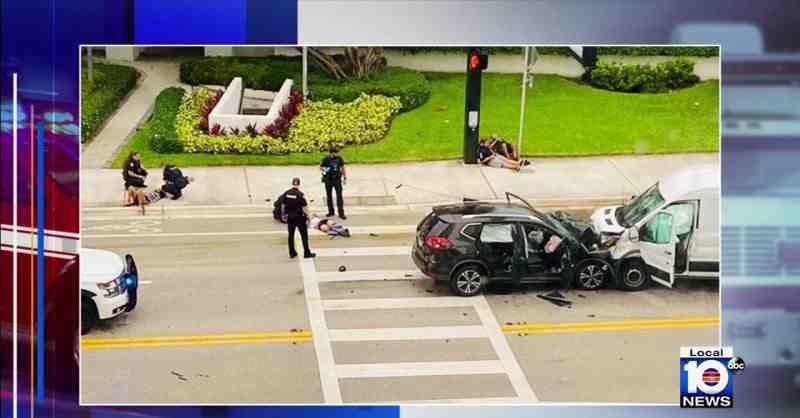