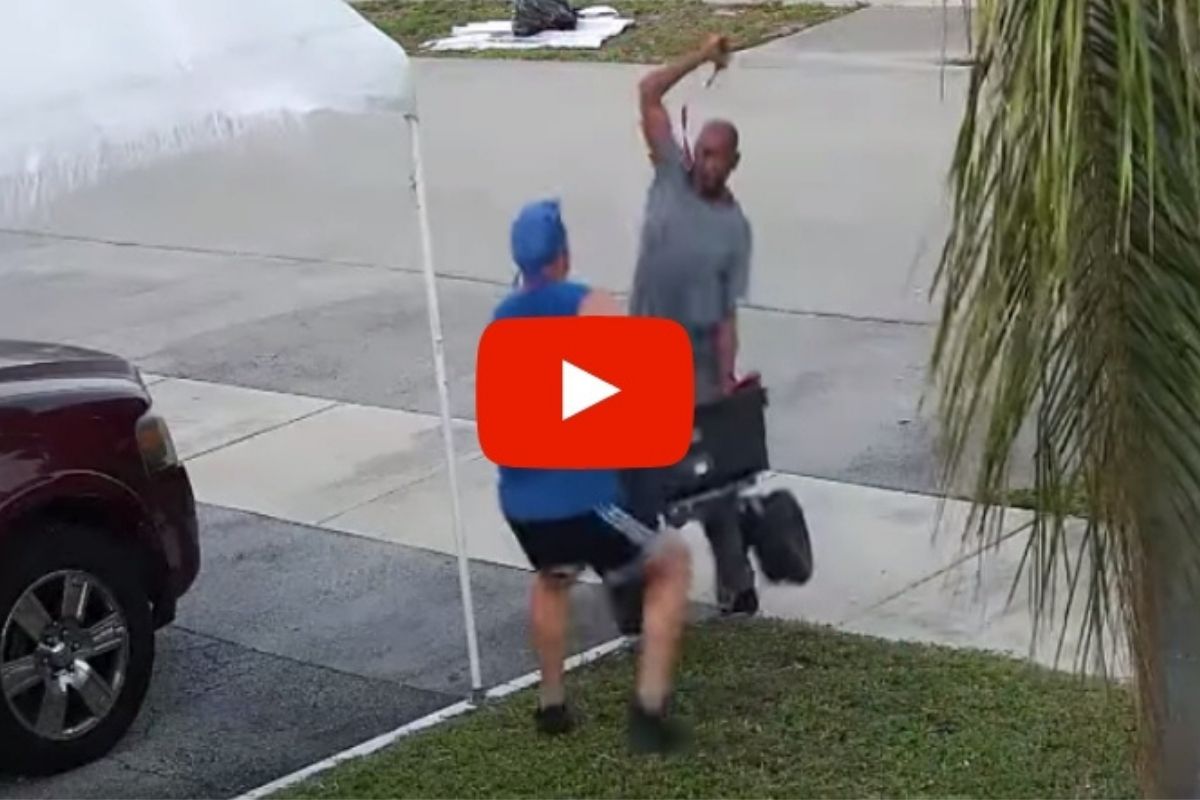 It looks like Florida has a new garbage guard. An Oakland Park man decided to turn into a pirate and attack a poor jogger with a sword, in an attempt to protect a plastic dump cart that had been thrown out in a trash pile. Yes, a freaking sword. According to the Broward County Sheriff’s Office, the runner stumbled upon a pile of garbage in front of his house, and decide to grab the black heavy-duty wagon.

That’s when the pirate got upset because HE wanted the cart. The two “exchanged words” but then the jogger, 48-year-old Todd Beavers, took the item anyway. When he got home he realized the pirate had followed him. Fortunately for us, the whole altercation was all caught on video, where you can see the man pull out a long sword from a red sheath and swing it left and right at the jogger.

Battle of the Pirates!

Surprisingly enough, the Florida man isn’t thrown off and just ducks the blow while holding onto the cart. Because well, it’s Florida, so yeah, you kind of have to expect your neighbor swinging some sort of sword at you now and then. When the jogger tells the pirate that the fight is being filmed by his home surveillance camera, the man freaks out and takes off with his sword and sheath in hand.

A few moments later, a woman who police officers think knows the suspect can be seen making her way back, dragging the plastic dump cart away while insulting the poor runner. Beavers told police that he regretted his actions, because fighting for a cart is pretty dumb, and was extremely lucky to have come off without injury. Which he is.