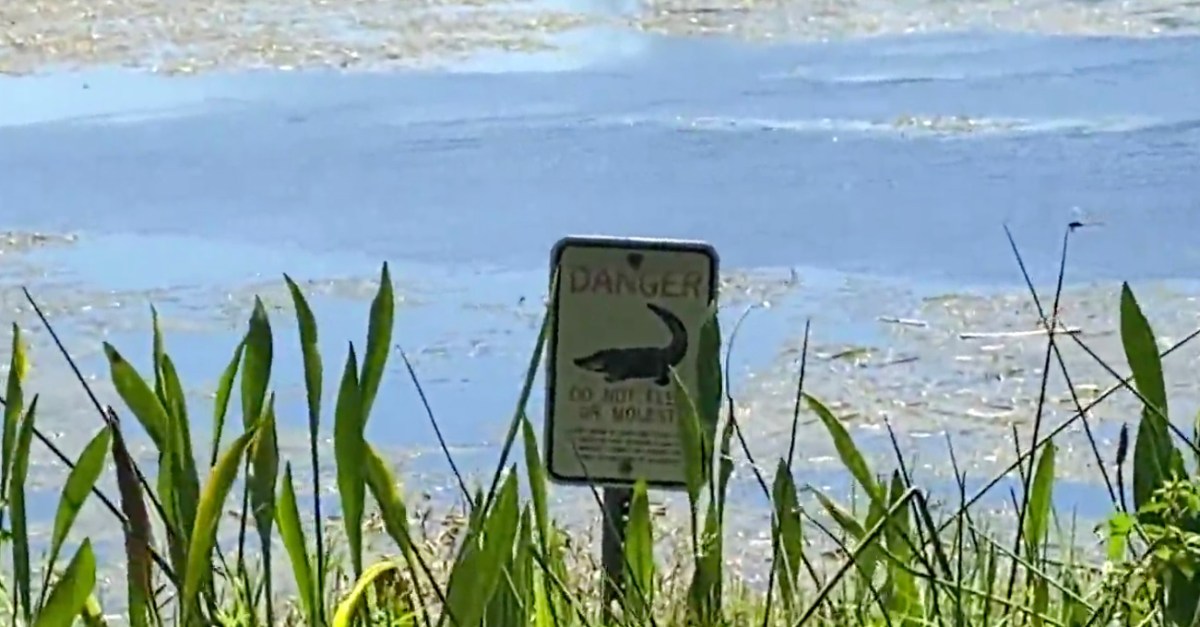 A very chill morning turned into a straight-up not good time when a man out retrieving disc golf frisbees that had been lost in the water and got a face full of angry gator teeth.

40-year-old Florida man Travis Spitzer was wading around a lake at a disc golf course in Largo, Florida at around 5:00 a.m. to retrieve disc golf frisbees that had been lost in the water hazard by other players so that he could re-sell them when his business venture turned suddenly but also probably pretty predictably violent, considering he was piddling around in a body of freshwater in Florida.

A gator popped up and bit him in the face.

Spitzer was able to get away from the gator but suffered injuries on his face and hands. He is expected to survive.

According to other disc golf players, Spitzer’s hustle is common. Players lose discs in the water and then people like Spitzer, who they not-so-lovingly refer to as “squids,” go into the water after hours to retrieve the discs and sell them to shops so they can re-sell them as used.

Most disc golfers in Florida don’t bother to retrieve their discs or hunt for others’ discs so they can sell them, however, because there are alligators in the water that will bite you in the face.

This was not Spitzer’s first time in this particular lake either, though many of his previous forays ended in arrest instead of a mauling.

1. If you’re going to undertake a business venture of sorts that includes the risk of being eaten by an alligator, make sure it nets you more than $20 a day.

2. I’m not sure how many frisbees you have to find and re-sell to make up the cost of going to the hospital after a gator rips your arm off but I’m guessing it’s a lot, which is unfortunate because you’ll have one less arm to haul all those frisbees with. This guy’s plan is full of holes.