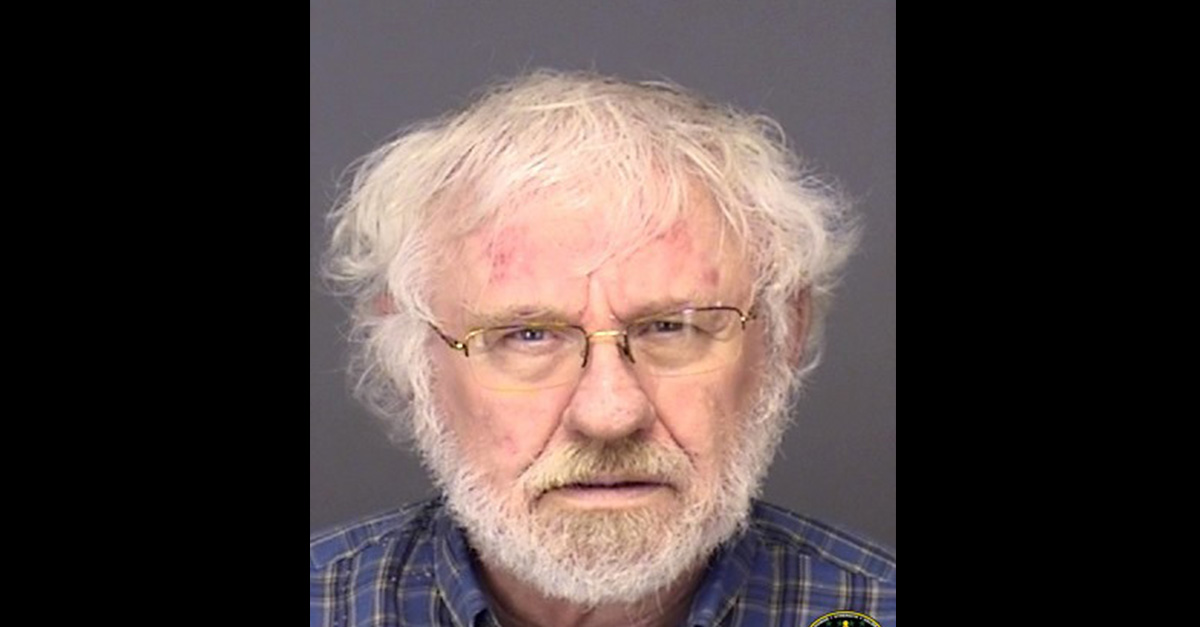 A Florida man has been arrested for practicing medicine without a license resulting in bodily injury — which is a second-degree felony — for performing a castration on another man, who requested the surgery for reasons of sexual gratification.

74-year-old amateur genital surgeon Gary Van Ryswyk of Sebring, Florida had just performed a failed-ish castration on a man he met online when a Highlands County Sheriff’s Deputy showed up to Van Ryswyk’s house, responding to a 9-1-1 hang-up call. It was there that the deputy discovered a man in the bedroom, bleeding profusely from the groin.

According to authorities, Van Ryswyk had a full operating room set up in his house, complete with medical equipment, painkillers, and a camera to record the, again, sexual in nature procedure.

The sheriff also spotted a pink container near the bed which held two ‘body parts’ (hence the ish in failed-ish).

Van Ryswyk told police that he met the man on a dark web site called eunuch.com, which is for men with a castration fetish. Van Ryswyk was able to convince the man to choose his redneck medical clinic after informing him that he’d performed castration surgeries on many animals and also, one time, a guy at a motel.

The victim was taken to a hospital and then flown to a medical center but is in stable condition.

While most us may be rightfully recoiling in horror that some guy was getting his rocks off by literally getting his rocks off, there is, somehow, a worse part to this story. For whatever reason, the Highlands County Sheriff’s Office decided to make their statement to the press about a guy getting his testicles sawed off in some dirty Florida man’s filthy house a pun-laden dad joke essay. It is… egregious. Just listen to these quotes.

“This one is a little ? let?s just say sensitive. You could even say it?s kinda nuts.”

You are professionals, sirs and madams.

But most of them don?t make the cut when it comes to being memorable. This one will definitely hang around in the memory for a while.

Nearby, there was a pink container which held two body parts that had recently been much closer to the victim.

“Van Ryswyk had dropped the ball on this one.”

Oh you by ball do you mean the two testicles he illegally chopped off a likely mentally ill man? Normally I’d excuse this a little bit because I would assume that the job gets a little boring for the people at the sheriff’s office but considering it’s a Florida sheriff’s office, there’s no way that’s true.

You can read the entire statement on the Highlands County Sheriff’s Office’s Facebook page.

Kind of just makes you wonder how many terrible ‘take your ball and go home’ jokes they made while the new eunuch was getting loaded into the ambulance. Keep this stuff in the group texts, guys.