Man Fights His Way Into Walmart Without Mask, Gets Kicked Out 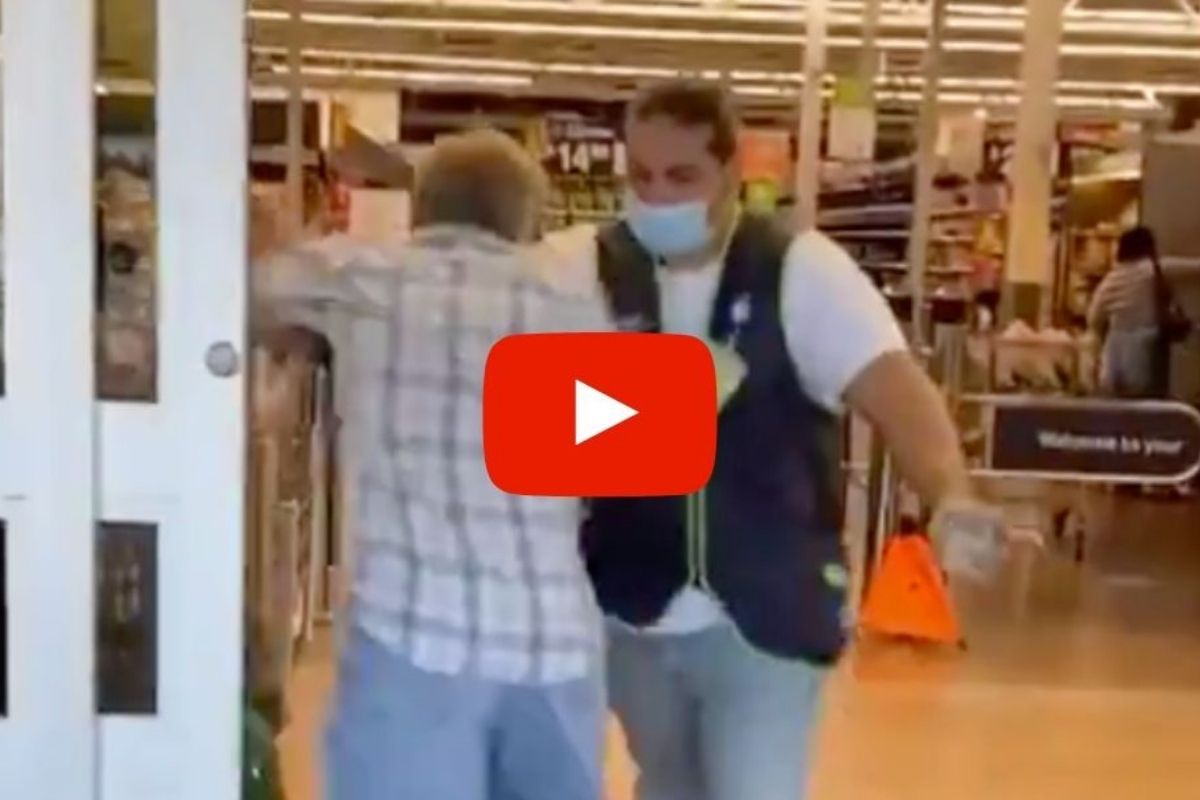 Twitter: @CaliCoCo
Man Fights His Way Into Walmart Without Mask, Gets Kicked Out

Breaking News! Yes, Florida has done it again. Despite some of us trying to stay safe during this Coronavirus pandemic and whatnot, this man basically said, “I’m done. COVID-19 isn’t going to get me.” Basically, this Florida Man caused quite a commotion at a Walmart, after not wearing any type of face mask. In case you haven’t been to a Walmart in Orlando, or nationwide during the Coronavirus outbreak, the store had a mandatory face mask policy. But no, this dude decided he didn’t need one and said “Eff it, I’m getting in one way or another.”

The viral video was posted on social media, of course, and it shows the elderly man trying to storm his way into Walmart without a face covering. BUT, he quickly gets stopped by a Walmart employee at the front door. But no, this wasn’t going to stop this grandfather from getting inside. He immediately put his fist up and started pushing his ways through the store. He even shoved the poor masked employee out of his way, which he initially succeeded at first.

The man is seen getting by the employee after taking quite a tumble during the argument and then headed for some aisles. But, the employee, who should be named employee of the year, caught up to him and attempted to stop him again. Yup, this man deserves a raise and some more. On the second attempt to get him out, the employee had some backup, a random stranger who chimed in and told the dude to get out.

He then goes on to explain that the man was basically getting his germ everywhere by making a scene, as everyone else was seen with a facemask. Luckily, the pressure from the two men was enough to get this insane man to leave the store. Honestly, this is absurd. Do you part dude, help stop the virus and just keep your freaking mask on. Seriously.

You’re only causing more panic by spreading your germs everywhere and exposing them to people who are actually doing their part to stay safe, bro. It’s surreal we even have to remind people to wear their masks. Did we forget about all the Coronavirus cases popping back up? I bet this dude doesn’t wash his hands whenever he uses the restroom.

Editors Note: This article was originally published on June 2, 2020.