Man Looks Oddly Excited to Get His 5th DUI 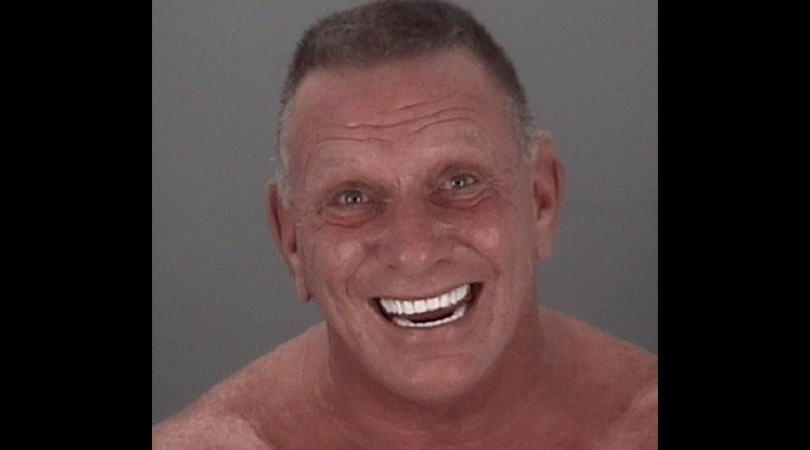 A Florida man who was arrested for his fifth DUI turned in a mugshot in which he looked so excited you’d think it was an overreaction to anything other than winning the lottery. Or finding more meth when you thought you ran out of meth after doing however much meth it takes to look like that.

56-year-old Gordon Ormond took Pasco County, Florida deputies on a little bit of a chase before finally being apprehended and arrested for both his fifth DUI and 12th charge for driving with a revoked or suspended license. Ormond refused to take a breathalyzer at the scene which, considering both the mugshot and that Ormond is an old pro at getting arrested for drunk driving, was probably a good call for him.

So why react to almost certain jail time like this? At some point, presumably, you just end up saying screw it and completely throw your worries out the window. There has to be something a little freeing, if only for a moment, about knowing you’re absolutely boned.

Well, that or Ormond was out of his mind drunk. Feels like mostly the latter but there was probably some of the former sprinkled in there too.

Residents of the Embassy Lakes neighborhood Ormond took cops on a slow chase through weren’t happy with the incident. In the process of slowly rolling away from police Ormond hit a basketball hoop next to the street that kids in the neighborhood regularly play on.

Embassy Lakes resident Pete Ruscio offered some invaluable advice for Ormond after the incident while speaking to the local press.

“Keep your drinking in the bar and cab home or stay home and drink like I do.”

Take it from that guy. If you’re a monster when you drink then you need to werewolf yourself. Lock yourself indoors with a bottle and don’t leave until morning.