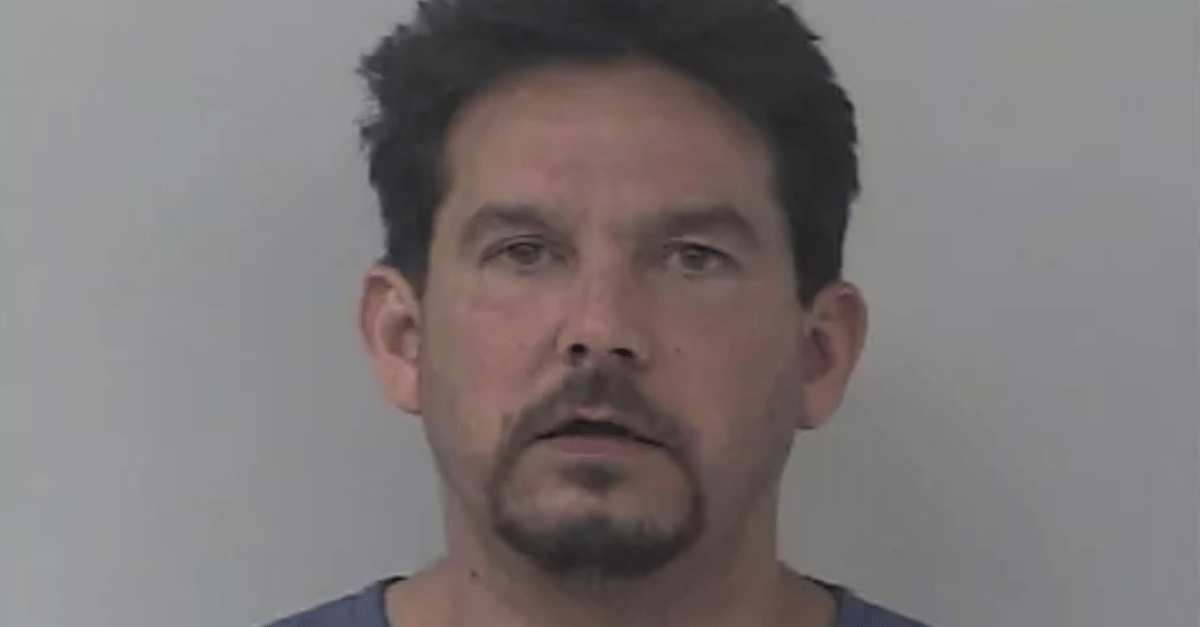 A Florida man, while in his natural state of being drunk and laying on the floor of his home on a weekday, was arrested for giving his girlfriend a Wet Willy, according to the St. Lucie County Sherriff’s Office.

Joseph Sireci’s girlfriend told authorities that when she arrived home from work she found her boyfriend on the floor and drunk. Soon after, for reasons that cannot be explained beyond “because Florida,” Sireci’s girlfriend, her daughter, and Sireci left to go to another person’s home. Sireci continued to drink and “be belligerent” during this most Florida of house calls and, finally, once they left and headed back home, he struck.

Sireci grabbed his girlfriend’s hand, then her arm, and finally wet his finger and stuck it in her ear, thus completing the Moist William.

Though the act of giving a Wet Willy might sound innocuous, and because it usually is pretty harmless, this whole story sounds more silly than anything. All things considered, however, Sireci deserved to be arrested. A belligerently drunk Florida man jamming his wet, dirty finger into your ear probably hurts. A lot. A normal Wet Willy is pretty terrible to endure. A drunk guy who is probably more jabbing than tickling might seriously mess up your ear, regardless of whether or not he’s actually trying to hurt you. Screw that guy.

The St. Lucie County Sheriff’s Office agreed and arrested Sireci before charging him with battery. Sireci declined to give an official statement to the press — which is truly a loss for all of us — but did insist that he was not actually drunk at the time of the Wet Willy, which… is worse? It’s worse.

Sireci also denied his girlfriend’s allegations but her daughter, who witnessed the entire ordeal and who super duper needs to find a new place to live, corroborated her mother’s statements.

On the next episode of Florida Man: A guy dies from farting into his own mouth, probably.

Watch: BLACKTIPH CATCHES HIS BIGGEST SAILFISH EVER WHILE FISHING FOR BARRACUDA