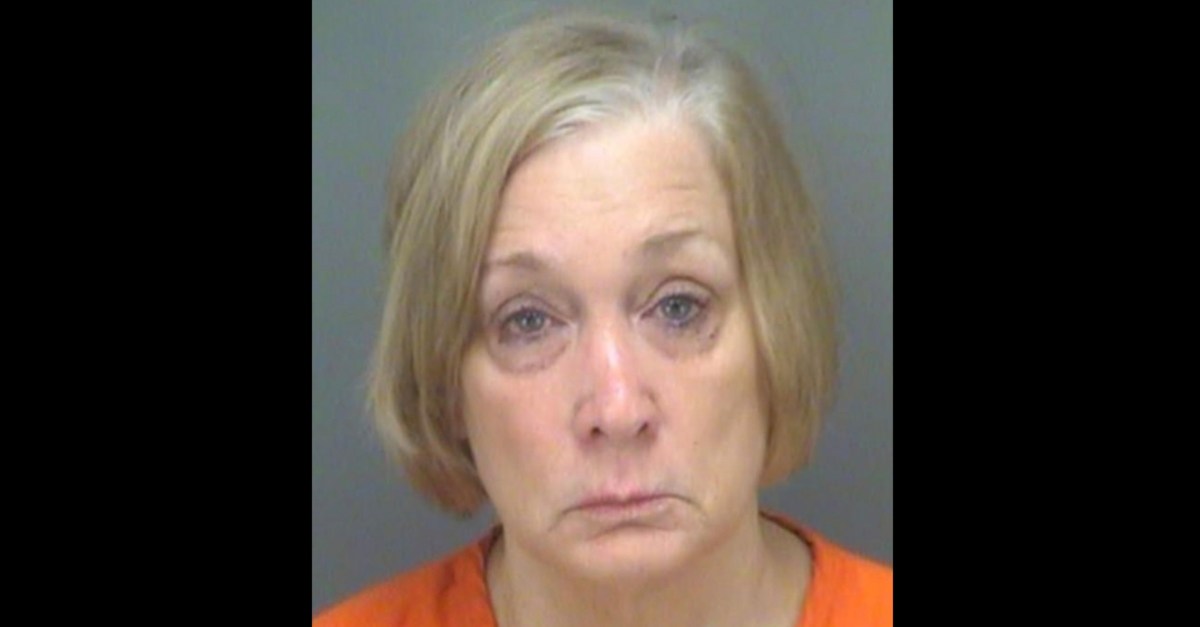 68-year-old Florida woman Pamela Carr confirmed beyond a shadow of a doubt in her husband’s mind that he was doing the right thing when, after telling her he wanted a divorce, she repeatedly tasered the defenseless 73-year-old man.

After Thomas Burke told his wife of nine years that he wanted a separation an argument between the two broke out and ultimately ended with bolts of rage shooting through Carr in a figurative sense and, simultaneously and in a totally literal sense, bolts of electricity shooting through Burke.

Carr was arrested on aggravated domestic battery charges. She admitted to police that she used the taser but claimed it was in self-defense, though it’s hard to look like the victim when your old husband is drooling and lying in a pool of pretty much all the rest of his bodily fluids. (No idea if that part actually happened.)

Carr was released later that same day from the county lockup after posting her surprisingly low $1,000 bond. She is also no longer allowed to contact Burke, but is allowed to come back to their home to pick up her possessions under the supervision of a law enforcement officer.

1. This is such a monkey paw wish of a way to have the universe confirm to you that you’re making the right decision. An, “I feel the same way, Thomas” probably would’ve been preferred to electrocution.

2. I believe that, in Florida, tasering your partner during an argument about divorce legally counts as a divorce. So Burke has that going for him at least. I mean, really, how many of us would choose a little bit of painful electricity being shot through our bodies over paying a lawyer? Like… 90% of us? At least that.

Watch: Insanely Rich Man Says He Burned $1M to Keep Wife from Getting it in Divorce