As the state of Florida braces itself for the impending Hurricane Irma, many Floridians demonstrated their defiance by writing humorous messages over boarded-up windows — proving that humor can be one of the most valuable coping mechanisms in dark times.

The hoarding over the front of this Miami hotel features a bold mural that tells you all you need to know about the resilience of Floridians.

Graffiti reading 'You don't scare us Irma' can be seen on a hotel entrance covered in wood in Miami. #HurricaneIrma pic.twitter.com/xZ7fcX7VKQ

These people proved that even an imminent natural disaster can’t get in the way of good word play.

"Irma Gerd" — someone in Port St. Lucie gets it #HurrcaneIrma pic.twitter.com/0Ya4r9YEAO

This Florida-based Buffalo native had no intention of letting Irma dampen his team spirit.

Not scared but definitely prepared. Need a win from my Bills. Lets Go Buffalo we got this down here! #BuffaloBills #buffalo #Irma pic.twitter.com/oTRfJuWjGn

And the same can be said for this Florida-based Seahawks fan.

My friend in Tampa all boarded up & trying to keep some positive vibes. @KIRO7Seattle #IrmaHurricane2017 #Irma #GoHawks pic.twitter.com/LeLM8jPwWJ

When the going gets tough, some people don’t beat around the bush.

It’s never a bad time for a good pop-culture reference.

Here we see someone asking a storm for geopolitical a favor. 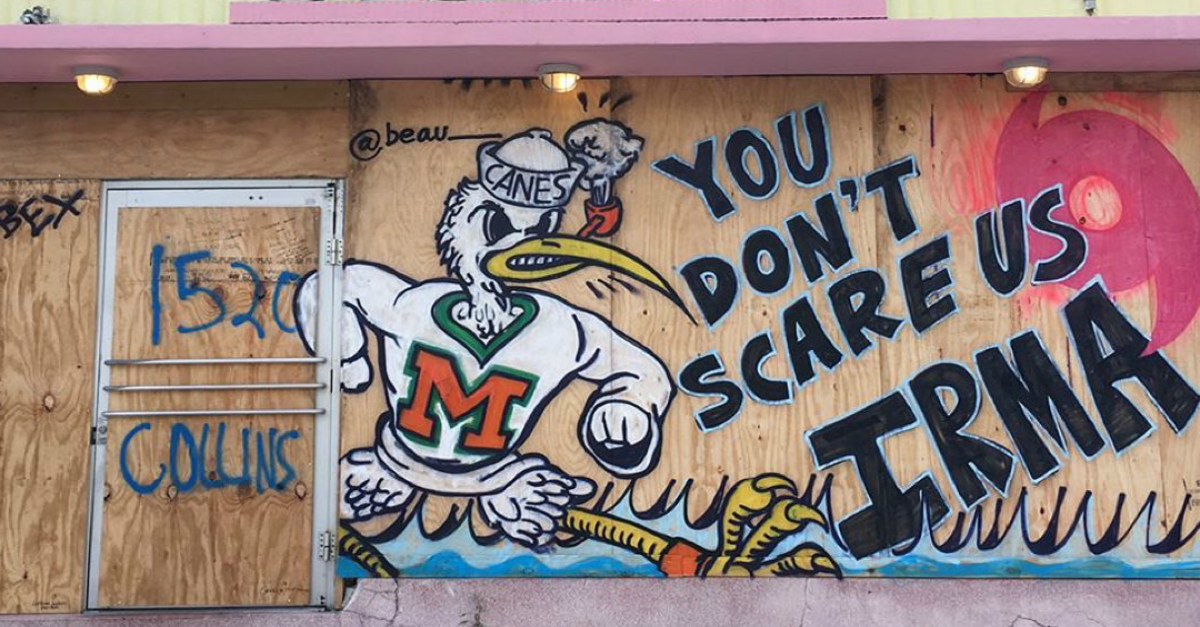