We will never tire of the internet’s obsession with The Simpsons and the subsequent memeification of the legendary animated series.

The latest viral trend to concern everyone’s favorite animated family and Springfield’s other kooky residents involves something that we probably should have noticed in the ’90s.

Characters from The Simpsons look really, really weird when they face the front.

It was Twitter user @butchcoded who initially drew attention to the horrifying revelation:

But others soon joined in.

The reason it took so long for people to clock on this atrociousness is that characters in the show rarely face forward. Their character designs dictate that they be drawn a certain way for consistency, so when we see them head on, it’s jarring and weird.

Simpsons characters facing forward is my favorite thing the internet has ever given me pic.twitter.com/ce1HgID2Gt

Hopefully this shocking revelation hasn’t ruined the show for you.

As Nelson himself would say: Haha!

Marge actually looks pretty good. Maybe the animators knew what the were doing.

I feel they looked at the storyboard and thought "I can't, how the fuck?!"

The “Steamed Hams” scene comes from the episode “22 Short Films About Springfield,” which originally aired on April 14, 1996 and was the twenty-first episode of the show’s seventh season.

The episode features a series of short skits, each showing a brief slice of life in Springfield after Bart Simpson, in a somewhat meta moment, ponders if anything interesting happens to the other residents of Springfield.

One of these skits revolves around Bart’s longtime target of ridicule, Seymour Skinner, the principal of Springfield Elementary. In the scene, chaos ensues when Skinner welcomes his boss Superintendent Chalmers to his home for dinner.

When Skinner inadvertently burns his roast before his guest arrives, he concocts a plan to disguise fast food from the Krusty Burger across the street as his own cooking.

It’s almost impossible to do the scene justice in writing, so you’ll just have to watch it: 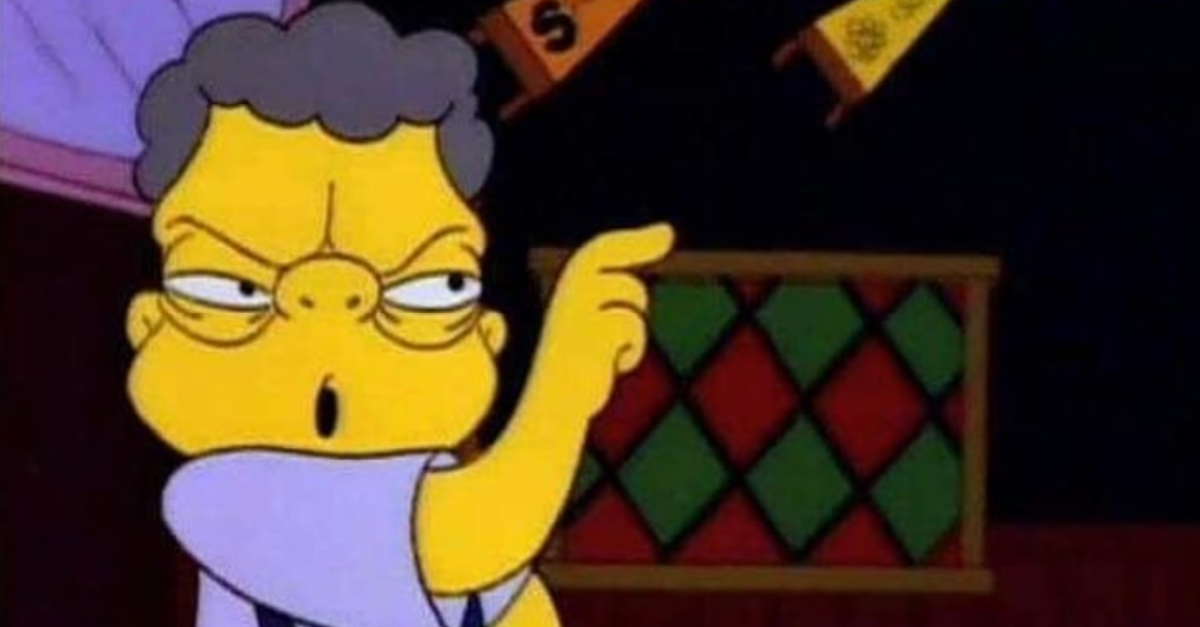