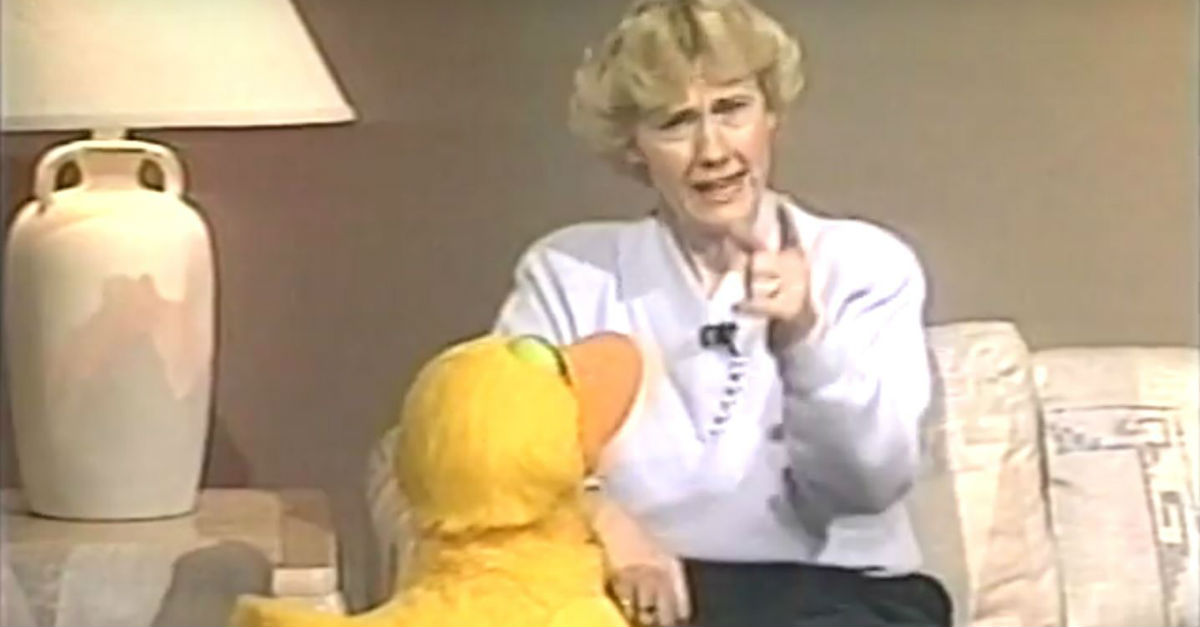 Thankfully, ventriloquism has mostly gone out of style. Everybody loves Jeff Dunham, but there really isn’t much reason for there to be more than one prominent ventriloquist at any one time. However, in the ’80s and ’90s ventriloquism was a growing art and Liz Seggen was one of the juggernauts of the evolving routine.

RELATED: The world’s oldest female panda shows she’s not too old to be a mommy after delivering twins

Recently, footage of Seggen’s 1992 instructional video, “Fun with Ventriloquism,” made its way onto the internet, courtesy of Found Footage Fest. In the video, Seggen teaches people in iconic ’90s apparel how to be ventriloquists just like her.

The clip features Seggen making a lot of very odd noises, which are then repeated by the audience. It’s a visceral reminder of why we don’t need ventriloquism in the mainstream anymore.