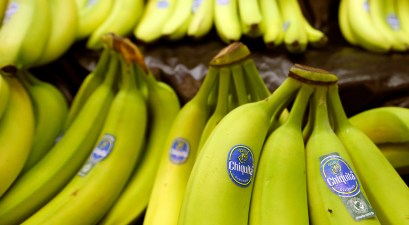 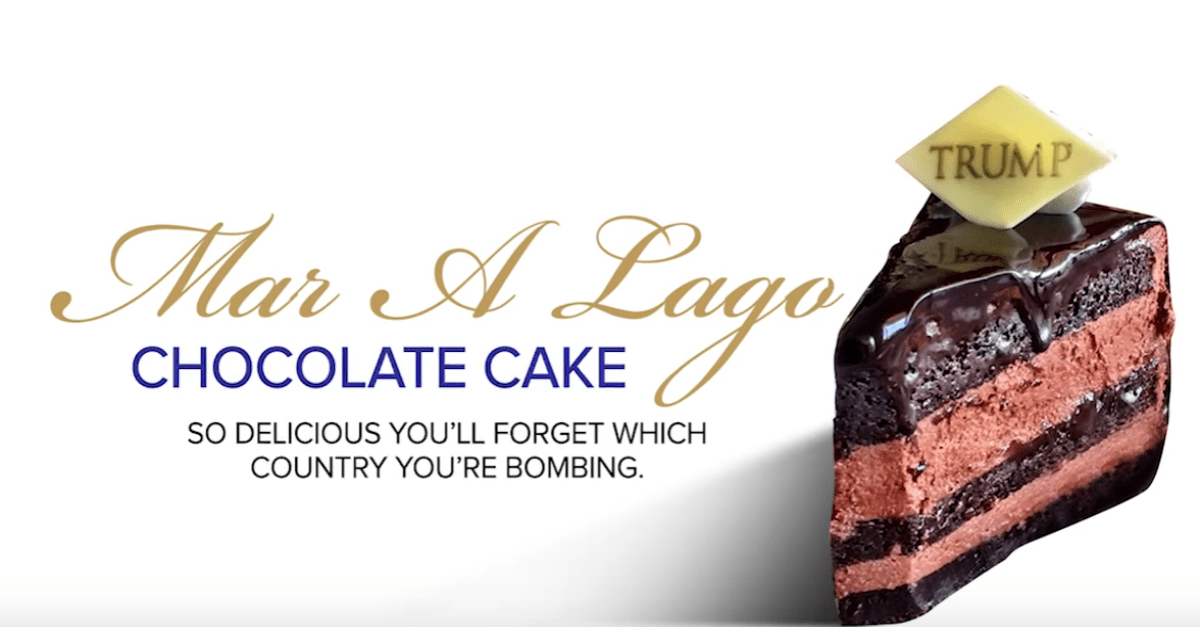 He was being ridiculed by the media constantly until last week when he bombed Syria and then Afghanistan, but after that, even CNN pundits were praising him as “presidential.”

RELATED: Sassy Trump is back, and now he’s talking about the “most beautiful piece of chocolate cake you’ve ever seen”

Unfortunately for President Trump, his moment of glory came with another gaffe. In an interview with Fox New’s Marie Bartiromo, he recalled the moment that the missile strike was confirmed. He was eating dessert (which he described as “the most delicious piece of chocolate cake”) with Chinese President Xi Jinping at Mar-a-Lago when he heard of the attack. As if that wasn’t enough, only moments later in the interview Trump seemed to forget which country he had bombed.

RELATED: Sean Spicer wore a green tie for St. Patrick’s Day, but it immediately turned into a Photoshop goldmine

The comedy team at Funny or Die took advantage of Trump’s gaffe to produce a brief commercial for the Mar-a-Lago chocolate cake, which they claim is “moist, rich, big and beautiful. So delicious, you’ll forget which country you’re even bombing.”