On Sunday, the nation met Stephen Miller, a senior adviser to Donald Trump. Miller went on a number of talk shows, and people had a lot of different views on him. Those on the right, including the president, gave high praise to the young adviser.

RELATED: Funny or Die made the perfect video for everyone sick of celebrity PSAs about politics

However, the left declared Miller “authoritarian” and accused him of lying when asked about statements like voter fraud. In a sort of oddly aggressive tone, the 31-year-old told “Face the Nation’s” John Dickerson, “Our opponents, the media and the whole world will soon see as we begin to take further actions, that the powers of the president to protect our country are very substantial and will not be questioned.”

Of course, the guys over at Funny or Die couldn’t help but put their own little spin on this, imagining Miller as a squeaky little weasel with the same burgundy tie that the actual adviser wore when he appeared in front of the camera. Almost more hilariously, they didn’t cut out Chuck Todd’s questioning and remarks during the interview. 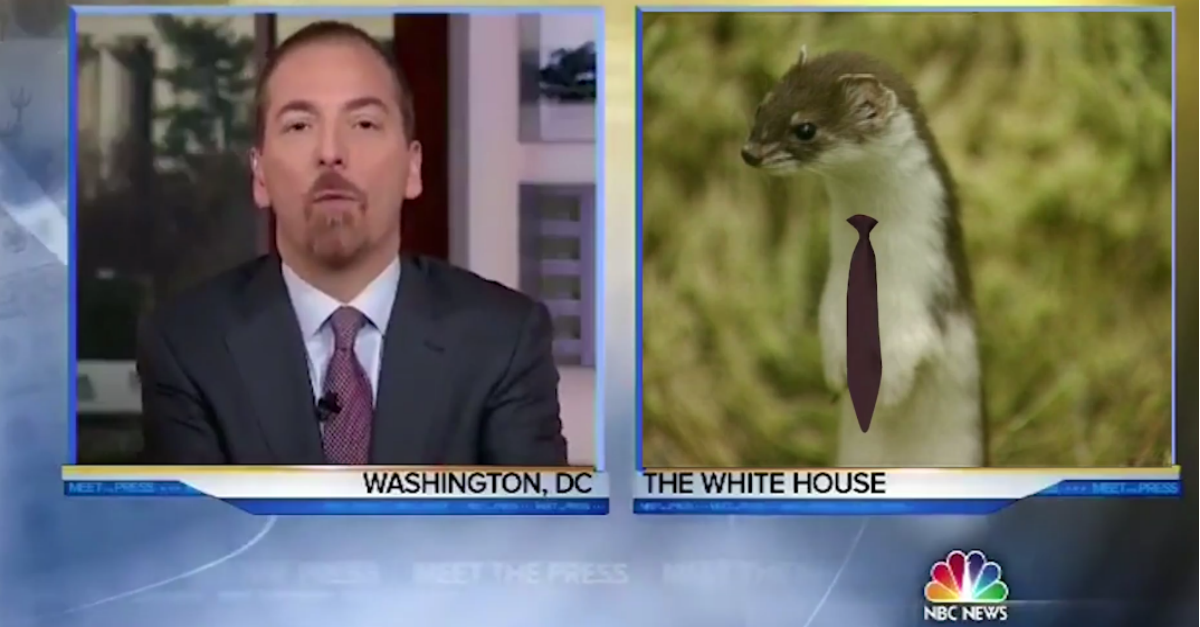