Man Arrested for Tying His Dog to Helium Balloons 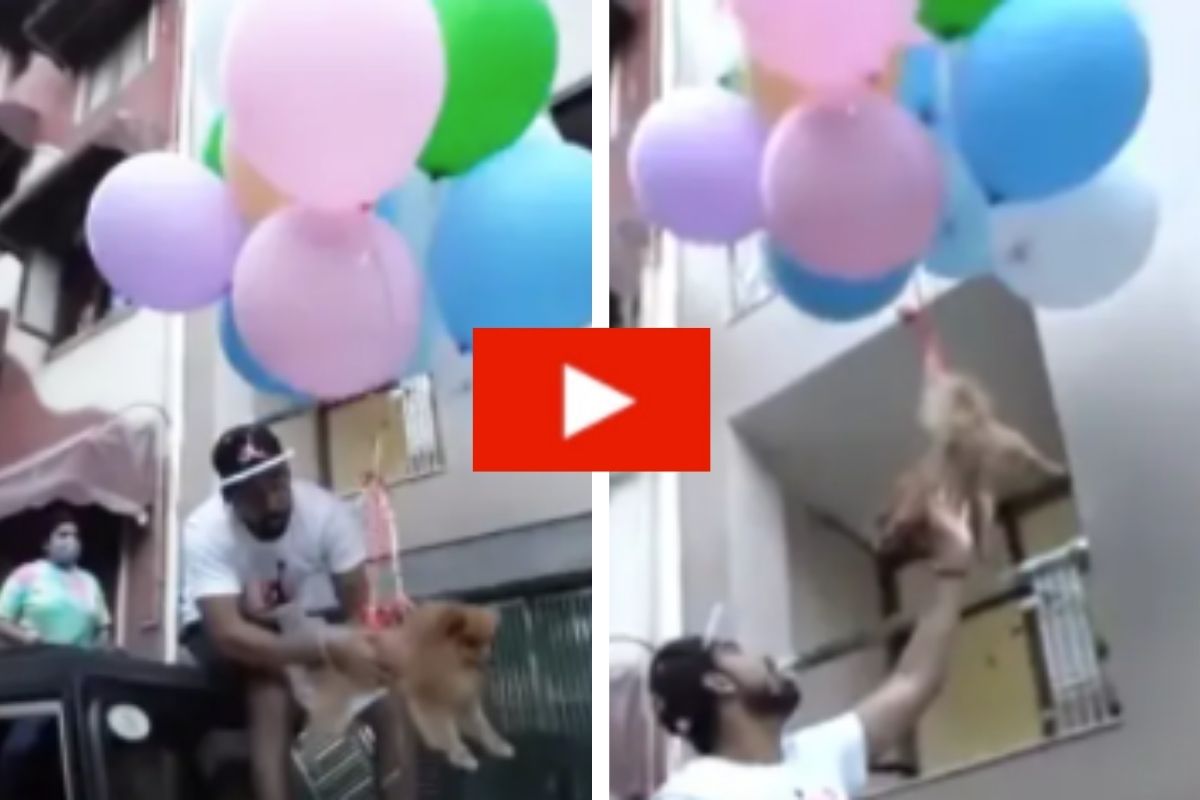 Many of us fall victim to getting caught up with the validation social media and the Internet can give us. People posts all kinds of wacky and crazy pictures and videos to get attention, and I truly applaud those who have never let their online presences to dictate their self-esteem. Take this idiot for example.

Gaurav Sharma is a famous Youtuber in Delhi, India, who was recently arrested by Delhi police after posting a horrifying video on his Youtube channel. The video shows him tying several helium balloons to the back of his pet dog and letting it soar into the air. The 32-year-old shot the video last week in South Delhi’s Malviya Nagar and posted it to his channel that has over 4.15 million subscribers, according to the Indian Express. Many criticized the obvious animal cruelty, and he ended up taking the video down. However, he tried to explain that “all safety measures” were taken while making the video.

#JUSTIN: A 32-year-old YouTuber arrested from South Delhi’s Malviya Nagar on the charges for cruelty to animal. During questioning, he told the police that he is a youtuber and he made this video for that purpose only – said DCP (South) Atul Thakur. @IndianExpress, @ieDelhi pic.twitter.com/XX6uiEdKVW

Malviya Nagar police arrested Sharma after officials from People for Animals Society filed a complaint against him, and DCP (South) Atul Kumar Thakur explained, ?We registered an FIR under sections of the Disaster Management Act and Prevention to Cruelty to Animals Act. The accused, a resident of Panchseel Vihar in Malviya Nagar, was arrested, but released later on Thursday evening, as it is a bailable offense. He told us he is a YouTuber and made the video for his channel.”

Firstly, there is no superficial self-esteem you can get on the Internet that is worth putting anyone or any being in danger. I know there are hilarious videos out there of people clumsily getting hurt or pulling pranks-gone-wrong on each other, but how could you seriously feel okay sending a helpless dog up there just for the views and comments? I wish the dog would’ve urinated or pooped on this guy mid-air as payback, and that would definitely be worth seeing online.