President George W. Bush has been on a press tour for the past few weeks, promoting his art and capturing the hearts of the nation.

On Thursday night, the former president appeared on “Jimmy Kimmel Live,” where he talked about the first time he visited the White House. Surprisingly, Bush’s first visit to the presidential home wasn’t while his father was president, but rather for a date with Richard Nixon’s daughter.

RELATED:George W. Bush went on “Today” to see whether or not his daughter really had a job

“It was an arranged date by my dad,” he said.

Bush also revealed that he arrived in a purple gremlin, which is a far stretch from the presidential limousine. He also stated that when the president’s children are on a date, they’re accompanied by Secret Service, which is the greatest thing about being president “unless you’re dating the president’s daughter.”

RELATED: After his comments about President Trump, George W. Bush received some unusual praise from the ladies of “The View” 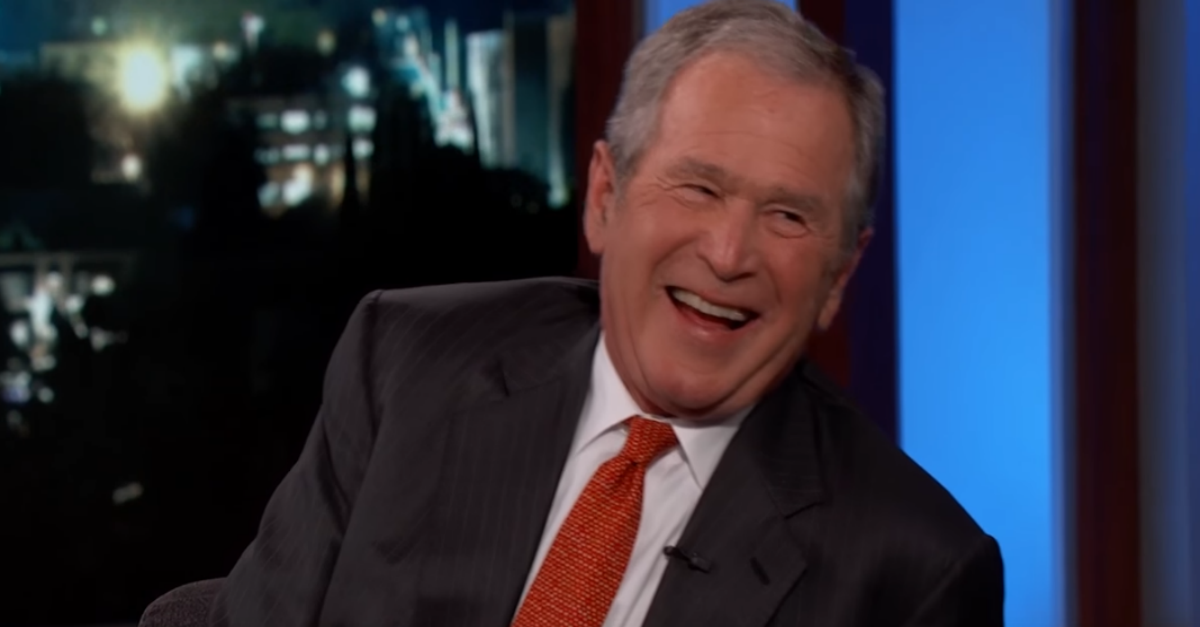