Never has there been as great a struggle known to man than Patti LaBelle’s attempt to sing “This Christmas” at the 1996 White House National Christmas Tree Lighting ceremony.

(This is NOT, and we repeat NOT, a slight on the queen. In fact, Patti commands one of the only voices that could make such a moment still sound so good.)

Things went wrong as soon as Patti grabbed the mic. “Thank you,” she was about to say, when the band accidentally cut her off to immediately jump into the song.

She got through the first line of the song — not before indicating that the cue card needed to be changed — when she turned to ask where the background singers were.

Patti also told a person below her that she didn’t know the words and needed the cue cards changed quicker. Her demands were not immediately met, leading to several moments of ad-libbing mixed with requests for words and background singers.

Her background singers finally appeared about a minute and a half into the performance.

The words did not.

She finished off strong, making it through the background singers performing unrehearsed parts, trying to give a shout out to a soldier playing a solo, and, of course, not knowing the words.

The song was first written and performed by soul singer Donny Hathaway in 1996:

You can watch the full tree lighting ceremony here, courtesy of C-SPAN. 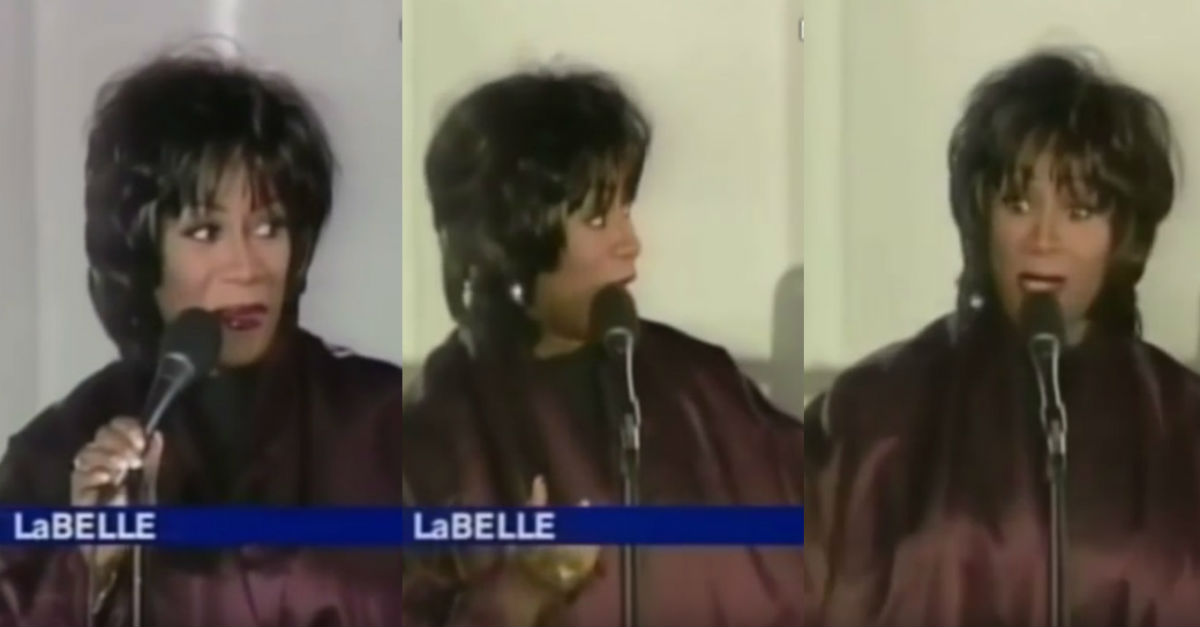