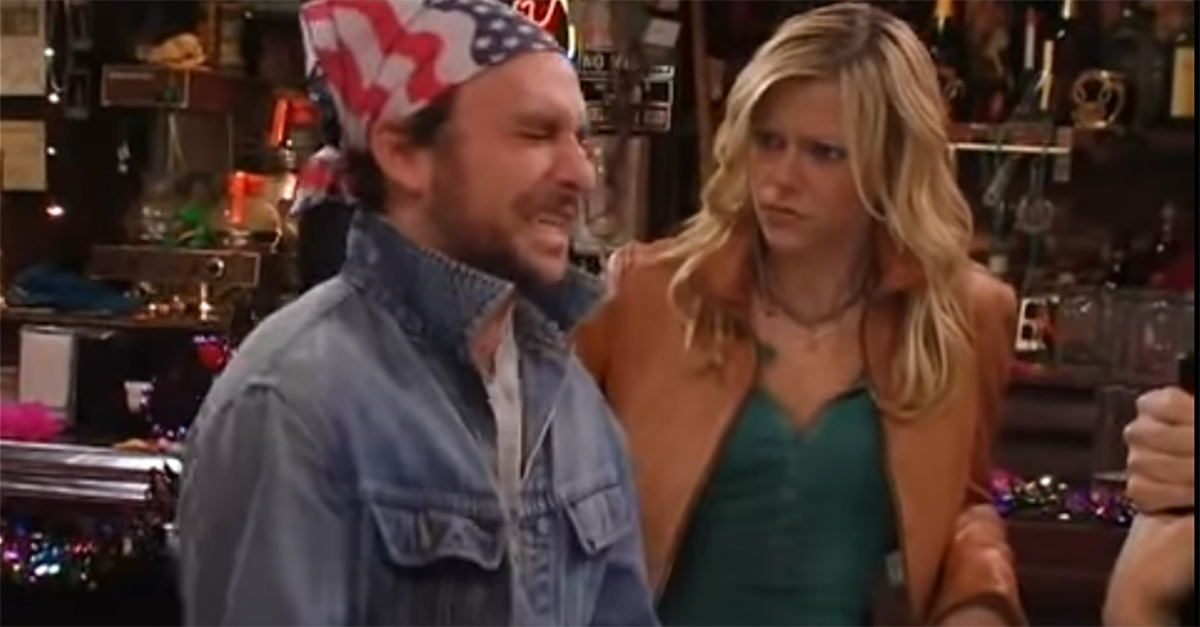 If you love darker humor, then you should never want to miss out on “the gang” featuring Dennis Reynolds (Glenn Howerton), Dee Reynolds (Kaitlin Olson), Mac Mcdonald (Rob Mcelhenney), Charlie Day(Charlie Kelly), and Frank Reynolds (Danny DeVito) always up to something idiotic and crazy at their self-owned bar, Paddy’s Pub. This show is so grotesquely funny, I’m gonna have to apologize for how messed up the humor is. But it’s still one of my favorite comedy shows to keep up with.

If you know the show, then you’re familiar with how they take current events and topics and twist them to get their source of hilarious entertainment. This clip, from It’s Always Sunny in Philadelphia season two, episode nine, titled “Charlie Goes America All Over Everybody’s Ass,” will get you in the zone for the U.S. of A. No matter what challenge you have in front of you, watching Charlie Day psych himself up (while Dee watches with a concerned expression) will make you believe you can achieve.

I love this show because it’s also one of those tv shows that coin terms that stick with you forever. Whenever I hear “Sweet Dee” or the “Nightman,” the images burned in my mine will always create a big belly full of laughter. I know the second season of this show was hilarious, but I promise, again, if you like this humor, it gets better and better. Also, much more cringe-worthy too.

Regardless, even if you can’t handle the heavy humor, a few episodes is worth checking out during late nights. I wouldn’t recommend watching this with your kids though. I think anyone could tell you that.

Editor’s note: This article was originally published on January 19, 2017.