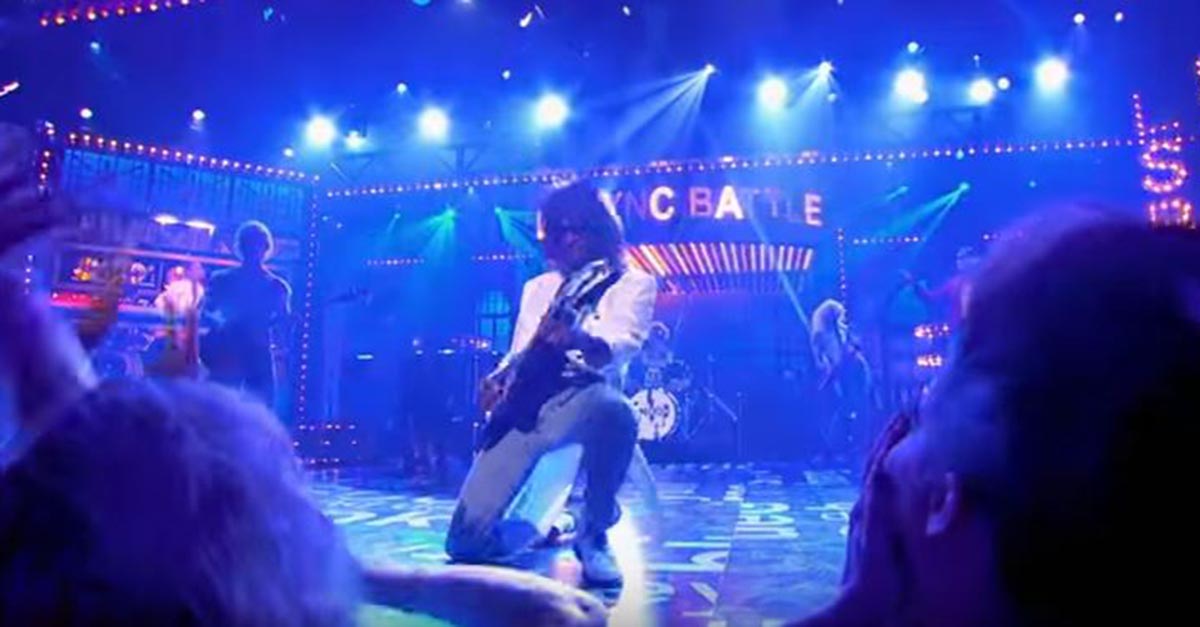 On Thursday night’s episode of “Lip Sync Battle,” rapper Snoop Dogg was up against L.A. Clippers point guard Chris Paul, and the competition was fierce!

RELATED: When Julianne Hough went on ?Lip Sync Battle? she stunned the audience in more ways than one

Paul took to the stage first with his rendition of New Edition’s “Candy Girl.” The audience was totally into his lip syncing and dance moves; even Chrissy Teigen tried her hand at some break dancing behind her DJ booth. While he did his best, Paul was no competition for Snoop Dogg.

When Snoop stepped out onstage, it was clear that he had his game face on. Wearing a bad 1980s rockstar style wig, he totally rocked out to Journey’s hit “Don’t Stop Believin'” and brought the audience back in time. Girls in the front row went wild for him and threw their panties onstage as he performed. One girl even climbed her way onstage and latched herself onto Snoop.

Both performances were pretty great, but we are going to have to give this one to Snoop. That bad wig really brought out something new in the hip-hop icon.