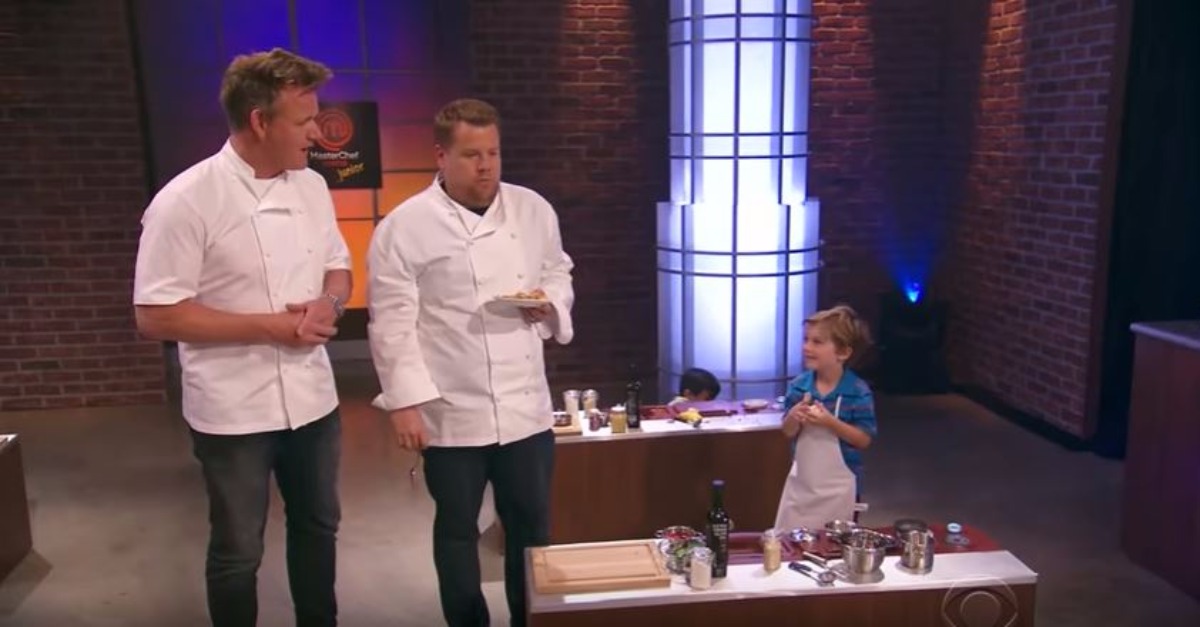 Gordon Ramsay’s recent appearance on “The Late Late Show with James Corden” came with the release of the trailer for “MasterChef Junior Junior,” a parody starring the chef and television host.

The contestants on this version of “MasterChef” are tiny cooks, ranging from infants to toddlers, with Ramsay and Corden as the mentors and judges. The video features everything from Corden taking a bite of what he thinks is a regular doughnut, but is actually Play-Doh, to Ramsay taking a bite of bread that ends up having a toy car in it.

“I’d tell you to walk out of this studio with your head down, but I know you haven’t developed the leg muscles to pull that off,” Ramsay says to one of the contestants.

No matter where you look in the studio, the contestants have made some sort of mess in this hilarious parody, and the viewing audience is clearly taken by the tiny chefs.