Rejoice, Gordon Ramsay fans! Here’s another hilarious clip of your hero hilariously insulting food that deserves to be insulted.

This time, Chef Ramsay — who is most definitely a comedy genius — is sampling some nasty-looking food from a struggling hotel/restaurant for a recent episode of his business makeover show “Hotel Hell.”

RELATED: This clip of Gordon Ramsay flipping out at an incompetent chef who can’t even cook an egg is just as brilliant as it sounds

One of the dishes Ramsay samples is pizza topped with chocolate, strawberries and bacon that sounds just as disgusting as it looks.

“It’s like we’ve had a crisis with the toilet paper department, and someone’s wiped their arse with my dough,” Ramsay tells the manager of the establishment. “I’ve never seen anything so fucking unappetizing as a dessert in all my life.”

Unsurprisingly, the manager appears to agree with him. 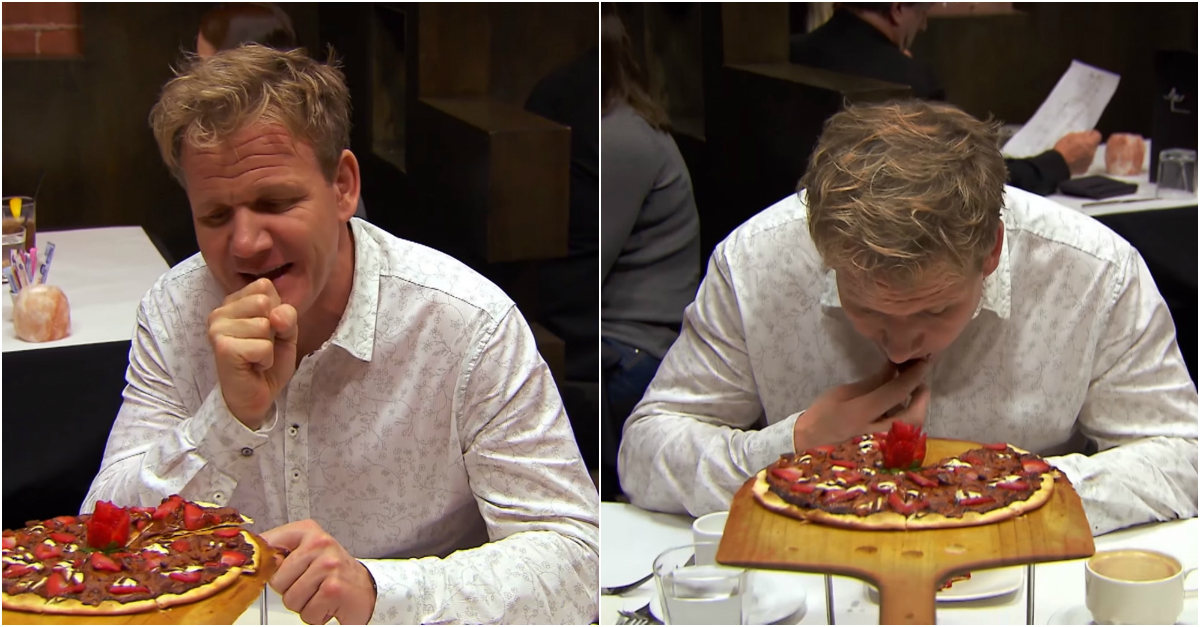