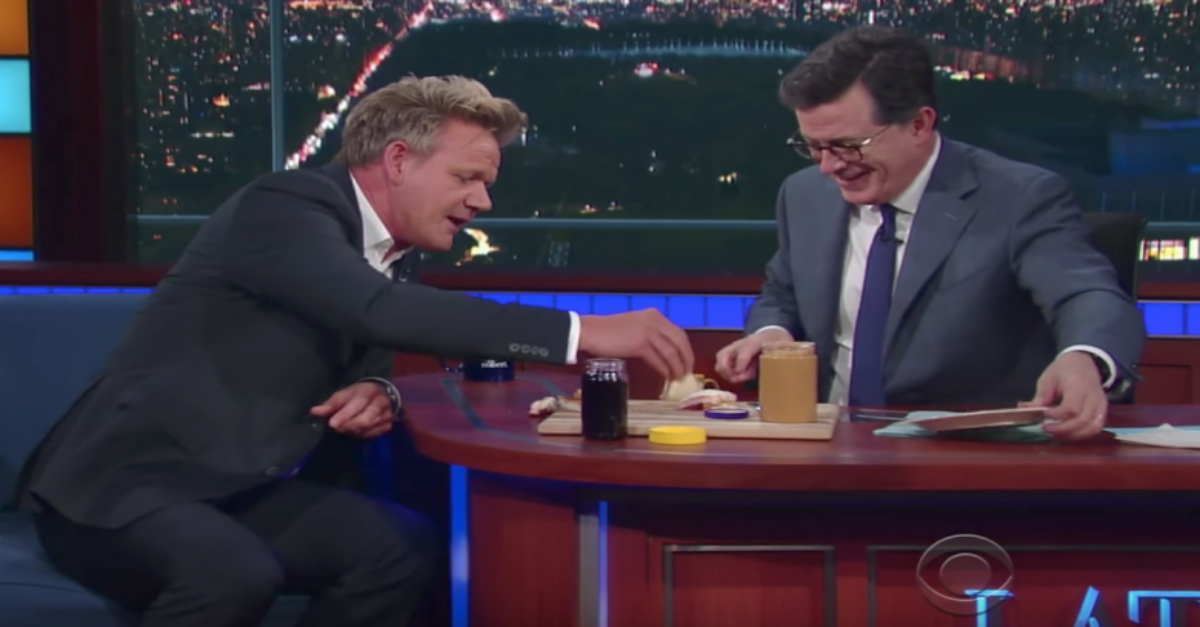 Stephen Colbert had Gordon Ramsay critique a peanut butter and jelly sandwich made by his own hands in this segment from “The Late Show.”

Ramsay was on the late-night program to promote his latest show, “The F Word.”

RELATED: Kevin Spacey and Gordon Ramsay had an epic cuss-word contest — and you’ll be shocked by the outcome

“I’ve always wanted to make something and have you yell at me,” Colbert exclaimed while chatting to the celebrity chef. Colbert decided to make the sandwich as Ramsay looked on and provided live commentary.

Things did not go well for Colbert, as Ramsay immediately stated to aggressively mock his sandwich-making skills: “Why are you using white, anemic bread? You’re ripping the bread already! It’s all in the bloody middle! Spread it out a bit!”

Eventually Ramsay became so disgusted that he physically assaulted the sandwich.

Earlier in the chat Colbert asked Ramsay what happens when he enters a restaurant. “First off all, everyone looks behind me to see if there’s a camera crew. ‘Oh, f*ck, they’re filming ‘Kitchen Nightmares’ here. We’re too late. This place is a confirmed shithole,'” Ramsay revealed.