Donald Trump’s appearance has been the butt of many of jokes. From his complexion to his flipped hair to his loose suits, everyone has something to say about the appearance of America’s 45th president.

So the staff at GQ magazine decided to give President Trump a “presidential” makeover.

They started by giving him slim pants and a streamlined jacket. Then they gave him a narrower tie in a more demure color.

RELATED: We can’t get enough of Conan’s phone calls between Obama and Trump

Next, they tackled his famous (infamous?) mane, trying several different styles before deciding on one that was just right.

Finally, they gave him a more “natural” complexion by taking away his trademark bronze glow.

While his new look is definitely more modern, the publication said that there are some things they can’t change about the new POTUS, but they’re hoping “his values get an upgrade, too.” 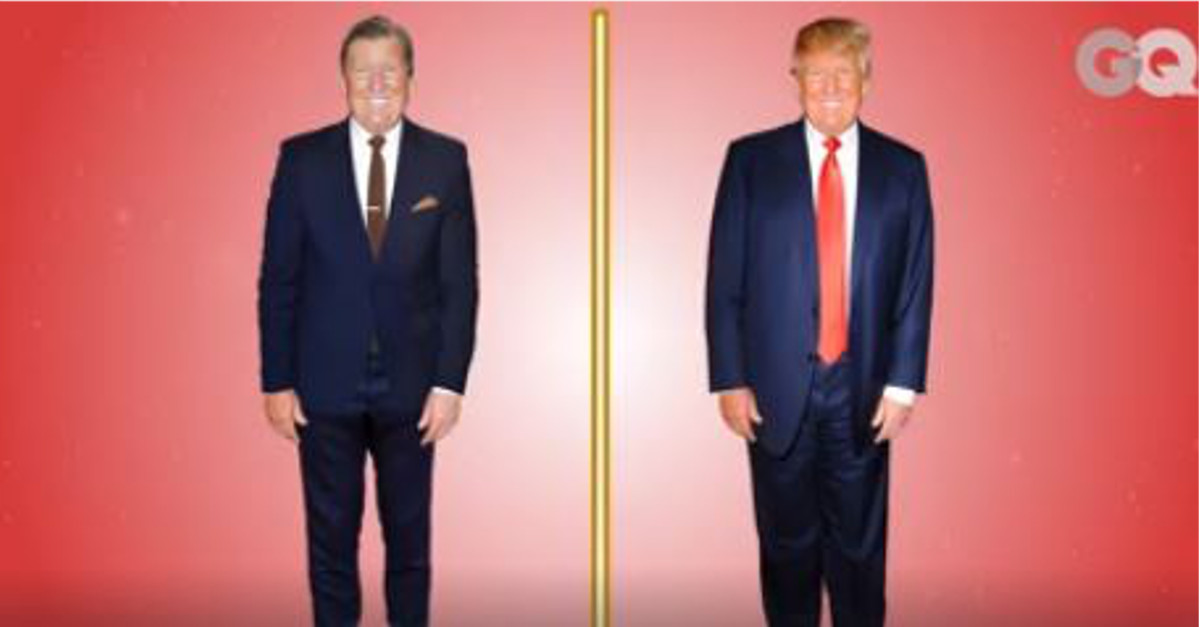