‘Let Me Out!’: Grandfather Gets the Last Laugh After ‘Waking Up’ at His Own Funeral 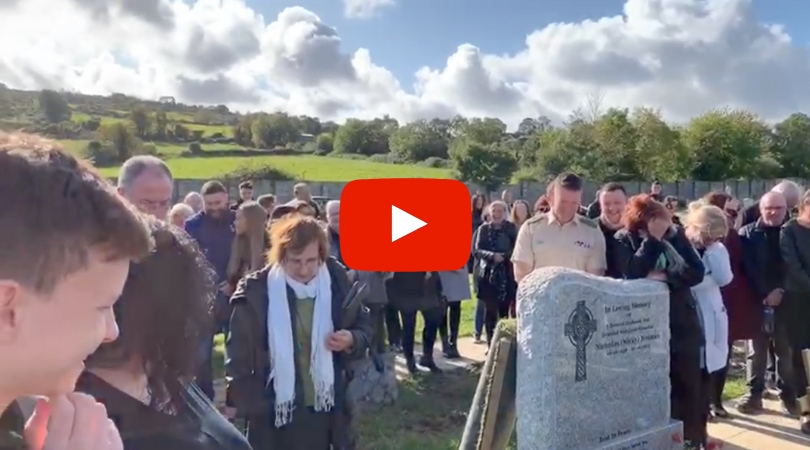 You know what they say, once a prankster, always a prankster. Talk about one amazing and hilarious grandfather. Turns out Shay Bradley wanted to give his family one last laugh to remember him by. During the funeral of the Irish Defence Force veteran, Bradley’s loved ones were more than shocked after hearing the man’s voice coming through the inside of the coffin.

The terrifying but hilarious prank was posted on Twitter, which shows several mourners laughing and crying at the same time as you hear Bradley’s voice beginning to sing. The footage has since gone viral with more than 500,000 views and over 16,000 likes.

Several friends and family said the good humor officer and father made the recording because he wanted to make those around him laugh, and remember him as a jokester even after his death. The video is now being shared with the hashtag #shayslastlaugh to show people how you can always find the bright side of a situation.

My grandad wanted everyone leaving his funeral with a smile on his face❤️and that’s exactly what he got,I’m so proud #shayslastlaugh pic.twitter.com/zy8zgD8EpL

According to his daughter, Andrea, the Dublin man’s dying wish was to play pranks on those around him. She praised him for making them all laugh, especially at a time when they were incredibly sad. Bradley died October 8th, 2019 and is survived by his wife and children Susan, Jonathan, James, Andrea, and eight grandchildren.

Editors Note: This article was originally published on October 14, 2019.