“I Hope This is My Last”: Grandma Admits She is Done Celebrating Birthdays After Turning 94 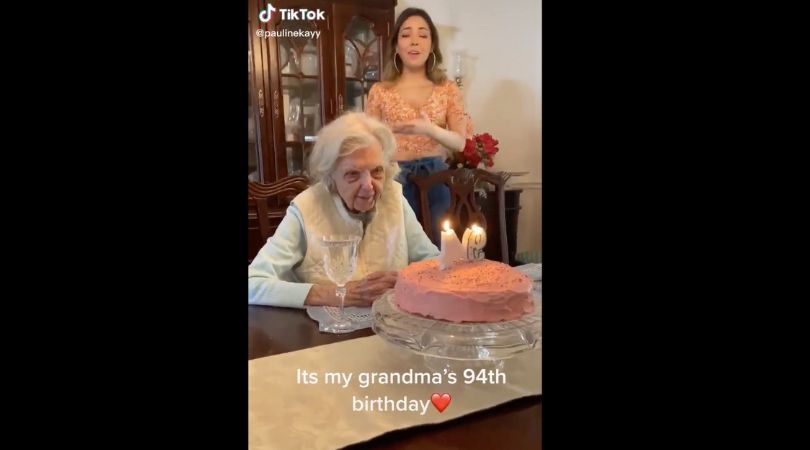 My oh my, we love an honest person! I have to admit, at first I found this devastating, so much so that it broke my heart. But then I sent it to my brother, and he made me realize that well, 94 is a big number. She has a point here. I mean, think about it, you have been on this earth for 94 years!! 94 YEARS! That is INSANE.

Which is why for her 94th birthday, Pauline Kidder wanted one last wish, and that was for it to be her last birthday. I get you, Pauline, I get you. But I really hope it isn’t and you said it as a silly joke. The hilarious and innocent video was posted on TikTok, of course, where it instantly became viral due to the shocking revelations.

There she is, just innocently blowing out the candles as her family sings Happy Birthday at her birthday party. Before she even attempted to blow out the candles on her birthday cake, Grandma Kidder quickly announced, “Well, thank you very much. I hope this is my last,” as she nonchalantly just takes a sip of water. Lololololol. So sweet, so smooth. She is over it, just leave her alone to watch her Netflix shows in peace.

What I found even more hilarious about this whole video, was the reactions around Grandma Kidder. You see her granddaughter Pauline Kay in the background with her jaw dropped all the way to the floor. The video has since been viewed by more than 2.8 million people on social media, with some hilarious comments under it. Because well, it’s truly unexpected. Leave it to Granny to be the life of the party.

Everyone is amped to be at this granny’s 94th birthday party — except granny — via @hanfrish, @RBMillado & @nypost https://t.co/CXdlOxnn2g

Despite the 94-year-old’s, let’s call it death wish, Pauline did note through the captions that she is doing “just fine” and even posted a follow-up video where she does a birthday dance for her grandma, who is sitting on the couch with a pleased face.

I have to admit, TikTok is a dark dark wildcard, I mean, we have seen so many trending challenges and viral trends pop up. But then one video, such as this one, pops up and makes everything better! Here’s to 10 more years, Grandma Kidder! If Betty White can make it at 98, you can too!