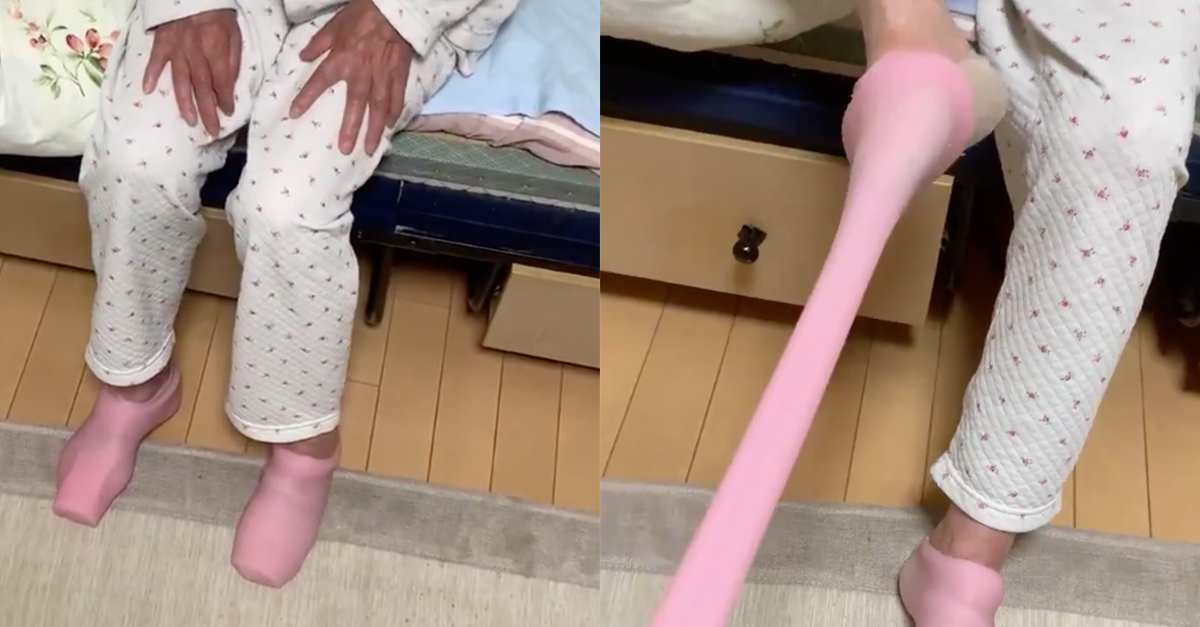 A 21-year-old Japanese man was somehow able to cheerfully endure a nightmare that would send most young men sprinting into traffic or leaping out the closest five-story window.

Twitter user @analKABAO took the platform to show the world that his grandmother, who was in her pajamas and apparently looking for something to keep her feet warm, mistook his fleshlights — or “pocket pussies” as they’re more commonly known — for thermal socks and went ahead and put them on. Surprisingly, upon discovering his grandmother’s mistake @analKABAO (I see those first four letters in that name don’t think I don’t buddy) laughed instead of puked himself to death.

He recorded the whole thing on video and posted it with glee, even.

1. Let this be a lesson to all you grandmothers and even you moms out there too: after your male offspring goes through puberty don’t touch anything in his room because he’s probably had sex with it or near it or on it. Only enter the room in a hazmat suit. Do not let house guests go within fifty feet of the door. Make sure you spay any female pets you have before they enter, just in case something in there gets them pregnant on accident. It probably won’t happen but you can’t risk finding the family cat on a towel in the garage one day, nursing five ungodly abominations that have your son’s eyes.

2. Credit to this grandson for, again, not denouncing any faith in God he may have had and then puking so hard that his throat exploded out of his neck or something. He has the constitution of a Queen’s guardsman.