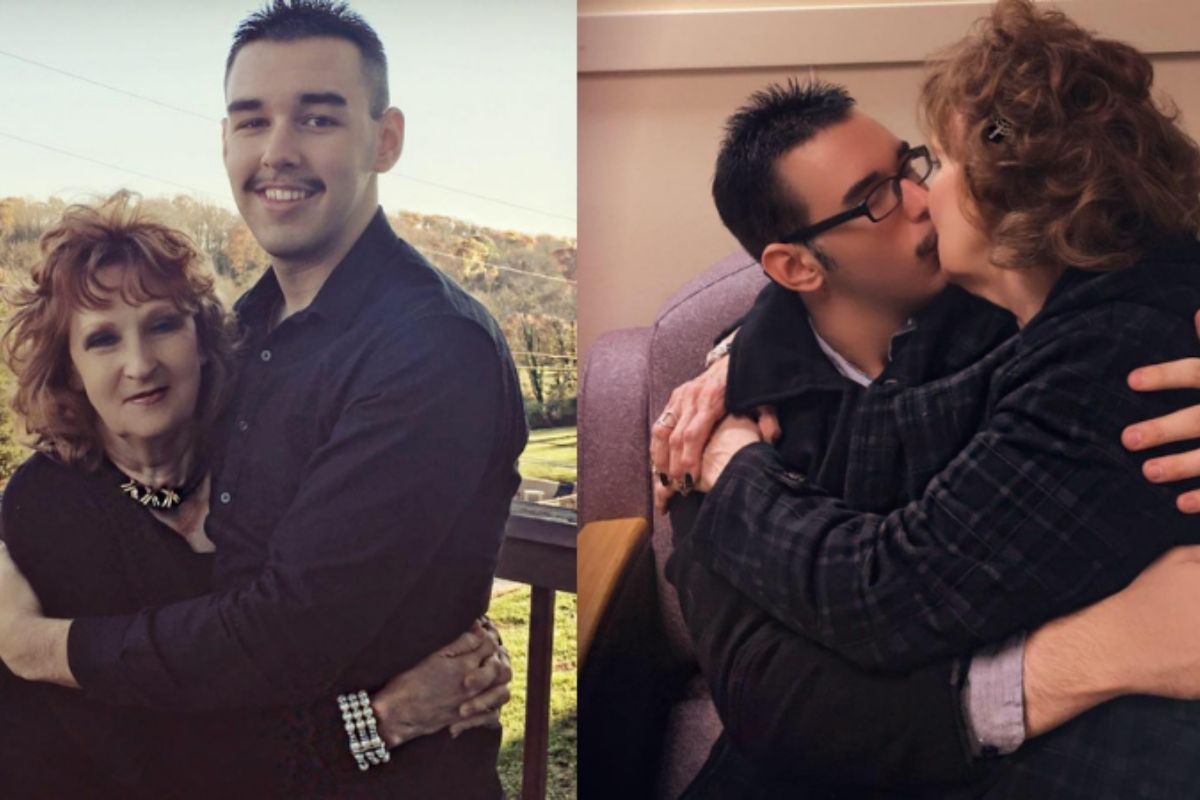 Love is love. What two consenting adults — even two adults on literal opposite ends of the spectrum of that term — decide to do in private is perfectly fine. All of that is important to note upfront. 72-year-old grandma Almeda Hardwick and 19-year-old Gary Hardwick of Knoxville, Tennessee are doing nothing wrong. Any aversion you have to their union and all the doing it that comes with the said union is no different than being disgusted by a plate of broccoli. It’s a matter of personal preference.

But, yeah, there is a whole lot to unpack here. That title has enough story in it to be stretched into a novel. The pair met in 2016 at Almeda’s son Robert’s funeral. They locked eyes from across her son’s funeral. Gary fell in love with Almeda’s sparkling blue eyes, as he tells it. Almeda was drawn to his lovely smile and said he was like a bright light. Both claim it was love at first sight. An instant thing. Gary was 17 at the time. Almeda, meanwhile, was already a widow. Her first husband Donald had died in 2013. Gary and Almeda married two weeks after the funeral. Their first date was at a Chuck E. Cheese. They had sex for the first time on their wedding night.

Apparently, the two are madly in love. They kiss and cuddle and do “huggy stuff” all the time. Gary says that Almeda is a wonderful lover. His dream woman. Almeda works at Walmart. The age gap doesn’t bother Gary. Gary previously dated a 77-year-old woman but said that it was an unhappy relationship. Gary has been into older women ever since he had a crush on his teacher when he was 8-years-old (so roughly a decade ago). Almeda has her own YouTube show called Girl’s Talk and heavily subscribed to YouTube channel now. She also has a grandchild Gary’s age.

Love Has No Age?

Like I said, a ton to unpack. But, hey! It doesn’t seem like Gary is a Social Security check thief and Almeda clearly doesn’t have dementia or anything so hooray for everyone. The parents (and children, and grandparents, and grandchildren) all gave their blessing to the union.

No one thinks much of it when an old, crusty millionaire starts bringing around some cart girl from his country club. Why should anyone get all weirded out by Almeda and Gary? Almeda says the whole thing makes her feel like a teenager again and, really, that’s kind of heartwarming to hear. Judge if you must, but this love is pure. Weird, but pure.