Grandmother Hospitalized After Being Hit By Falling Stripper Pole 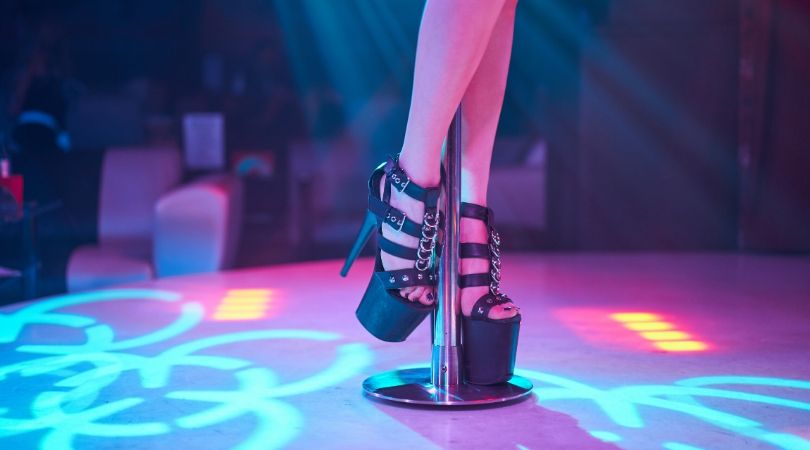 Life alert, I would like to report a fall! Believe it or not, a grandmother was knocked out cold when a stripper pole snapped and fell on the ground in the middle of the show! Yes, poor grandma will probably never step inside a strip club in her life in fear that she might be hit again.

According to Metro, not only did the grandmother suffer injuries, but a Dreamboys stripper also broke his leg. 32-year-old Lewis Riches was performing a special routine at the For Your Eyes Only club in Shoreditch, London when the 20-foot pole broke and struck the 75-year-old woman in the head. Riches managed to break his leg and in two places. As for the woman, who was there as part of a bachelor party watching from the second row, was immediately taken to the hospital.

According to her granddaughter Gemma Louise, the staff at the venue handled the situation terribly wrong. She stated, “For a pole like that to be knocked down by somebody when they use it on a regular basis – they should be checking them to make sure it isn’t going to fall off.” Louise explained that she noticed the floor also had water and several drinks spilled, which were a potential hazard for anyone entering the club.

She also noted that following the incident, a staff member told her friend than an ambulance was on its way, but when she called for one a few minutes later, the operator told her no one had called to report the incident. As far as the stripper, well the staff quickly tended to the dancer’s head injuries, but did nothing about his leg which was reportedly twisted and out-of-place. A nurse was reportedly in the audience, thank god, but unfortunately no one “truly trained was on the scene nor called.” It was only until a member of the bridal party called 911.

If I had a nickel for every time this happened to me:

Grandmother knocked out when stripper's pole falls on her at Dreamboys show https://t.co/rnUw7irA62 via @MetroUK

“I don’t think the staff truly took on the extent of the damage.” Louise stated, “Eventually, people started moving the chairs to clear the room as we were told to go behind the bar area but it was so dangerous as there were drinks and glasses all over the floor. None of the staff seemed to know what to do or how to handle the situation. It was pretty traumatic to see both the old lady and dancer in such a way.”

A London Ambulance Service spokesperson revealed that they did receive a call for an emergency incident and that the 75-year-old woman received a head injury before being rushed to the hospital. She was immediately put in a neck brace by advanced paramedics after suffering a concussion. As far as the elderly woman’s condition now, well, they haven’t released any information yet, but I sure hope this woman is okay. One thing’s for sure, if the family decided to sue, they will be getting a big hefty check.