According to the police, the gray ratsnake who sneaked up the toilet of an Alabama home wanted just one thing. And that was to check on the homeowner’s vehicle.

“In the snake’s defense, he was just trying to reach the homeowner about their car’s extended warranty,” the Eufaula (Ala.) Police Department joked in a statement.

Honestly, though. Imagine going to the bathroom and finding something in the toilet that is … well, alive. And creepy.

The first thing you typically would do is call the police, right? Thankfully, the police were able to return this particular critter back to its natural habitat.

“We never know from one day to the next what kind of call we will receive during our shift. Today was no exception, however a snake in the toilet wasn’t on our list of possibilities,” the Eufaula police wrote on Facebook. “Day shift removed the unwelcomed visitor and released it to a more suitable habitat. The snake was a harmless Gray Rat Snake.”

Ratsnakes are a species of non-venomous snakes, located primarily in the northern hemisphere. They are known to be agile climbers. In some parts of the U.S. and Canada, ratsnakes are actually considered endangered.

Among their leading causes of death — becoming road kill. But climbing into toilets, well, it seems they can survive that just fine. 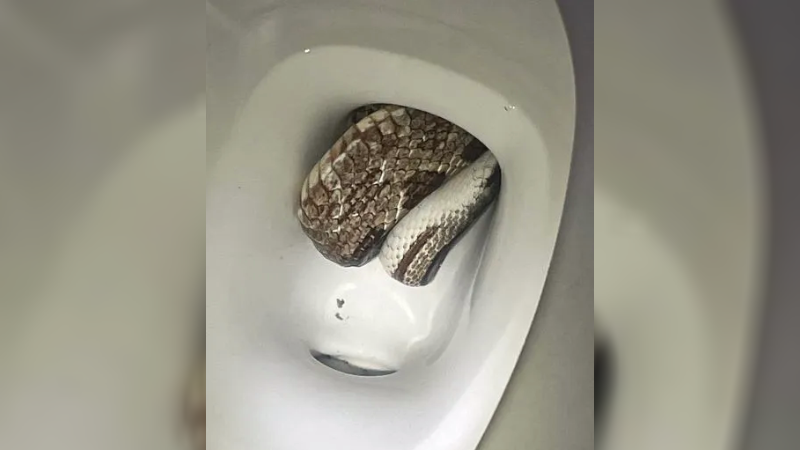