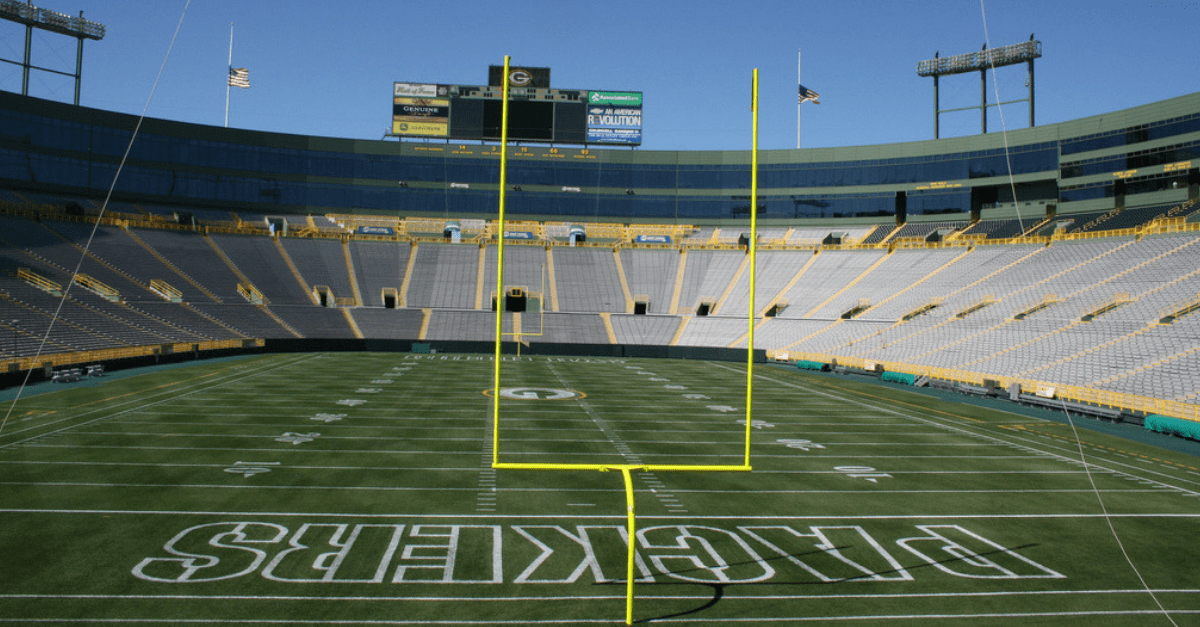 Green Bay Packers fans are a dedicated bunch. One fan, in particular, is apparently committed enough to the Pack to willingly bring her infant around eighty thousand of Wisconsin’s most aggressive drunks — because watching Aaron Rodgers live is worth the risk of having a gallon of Miller Lite and cheese curds barfed on your baby by an overweight man named Chuck.

But Erica Johnson was told by the Packers that if she wanted to bring her 3-month-old daughter into Lambeau Field she was going to have to buy the baby girl a full-priced ticket, even despite the fact that Johnson intended to hold the baby the entire game.

Johnson was obviously not thrilled at the prospect of being forced to pay hundreds of dollars for the admittance of someone who wouldn’t be taking up an extra seat and who definitely wouldn’t have any idea what was going on.

Green Bay Packers under fire over their infant ticket policy after a new mom found out her 3-month-old wouldn’t be allowed into the game without a ticket – your thoughts? pic.twitter.com/H0rlgnXvJ4

The Packers ticket policy for home games — that everyone admitted into the stadium have a ticket regardless of age — is one of the strictest in the NFL. The New Orleans Saints, for example, have age restrictions that allow any child five years old or younger into their games for free. The Minnesota Vikings allow any child under three feet tall to come into their games for free.

The Johnsons (of course) think their hometown team should change the policy to make Lambeau Field a more family-friendly environment. The Packers are, after all, America’s small-town team. Even the Philadelphia Eagles let in kids aged 2 and under for free. To an Eagles game, i.e. the most likely place in America to witness public sex be interrupted by a knife fight.

The main reason Johnson wanted to take her baby to the game in the first place is because she’s nursing and can’t be away from her infant for as long as it would take to attend a football game. Until the Packers do change their policy the Johnsons say they won’t be attending any more Packers games until their daughter is old enough to appreciate what she’s watching which, by that point, will probably be Aaron Rodgers’ depressingly disappointing replacement.