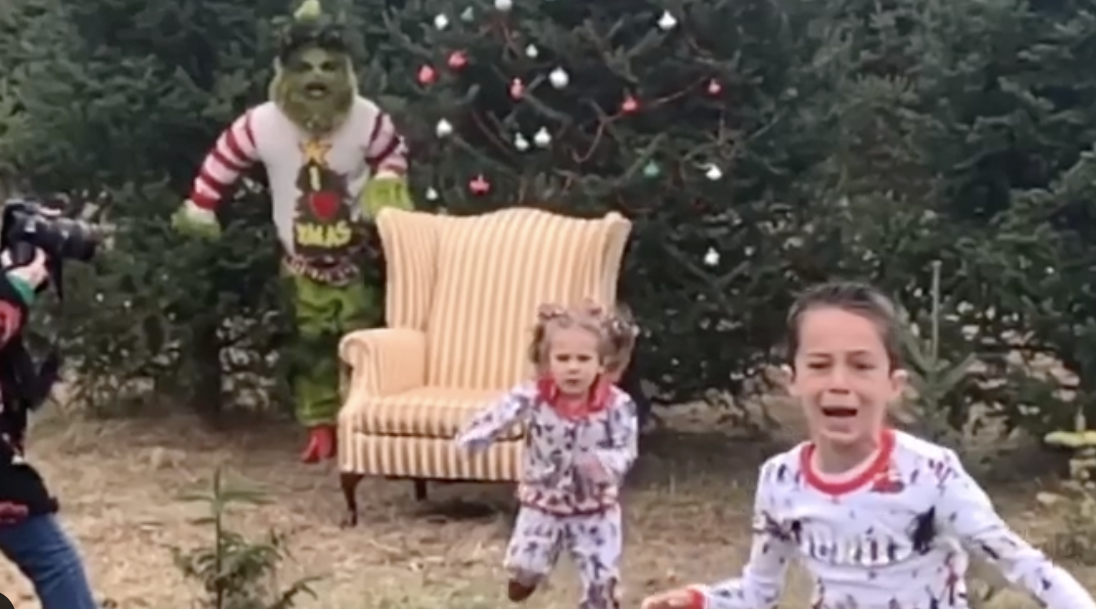 A New Jersey mom took her kids out to take some Christmas pictures last weekend but things took a less than joyful turn when who should pop up but the ultimate enemy of Christmas, that dastardly Grinch.

Apparently having finally received the necessary and long overdue cardiac procedures he required to shrink his heart back down to a normal size, the Grinch wasted no time in spoiling these kids’ Christmas… by terrifying the absolute hell out of them. Their mother, Ashley Bohl, shared a video of her kids’ Grinch encounter to her Instagram.

That’s some good Grinching. That little boy looks like he would make a deal with Satan, right there, to cancel Christmas forever so long as he never has to see this terrifying green dog demon again. Scaring a little boy so badly he (probably) wishes there would never be a Christmas again is some seriously impressive work. You really have to sell the idea that the kid is going to be abducted and eaten, or something, to make that happen. Nicely done.

Credit to that little girl, by the way, for merely being scared by the Grinch instead of having her reality shattered at the sight of it.

All is well that ends well, though. No need to worry, the kids eventually warmed up to the Grinch and took some fun pictures with the North Pole Chupacabra.

Forget Elf on a Shelf. The new Christmas tradition to keep kids in line should be Grinch in the Garage. The concept is simple. You just hide a little Grinch around your house in trash cans, toilets, sinks, halfway under your kids’ beds, etc. That and, of course, inform them that this little Grinch is always watching, and that if they misbehave the real Grinch will come to the house, toss them into his sack, and take them back to his cave to await slaughter and consumption like the livestock they would become.

Editors Note: This article was originally published on November 25, 2019.