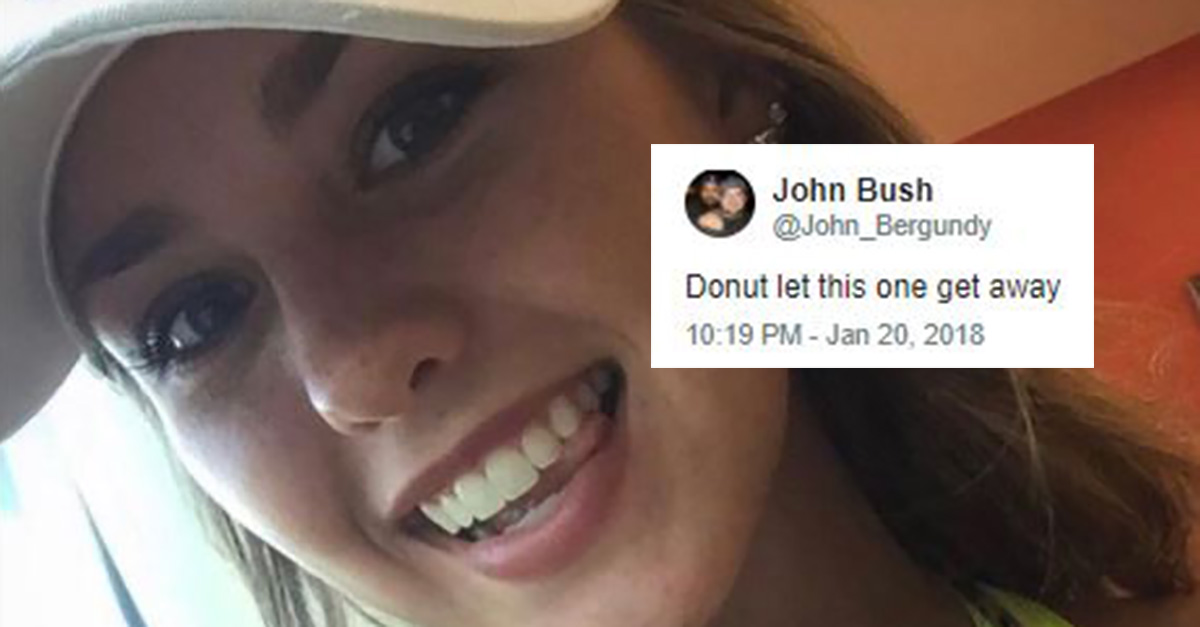 Boy sees girl, boy fails to match with girl on Tinder and desperately attempts to hunt her down through the wonder of email. Such was the tale of Twitter user Hayden Moll (@HaydenMoll), whose hilarious search for Tinderella went viral over the weekend.

RELATED: These cringe-worthy, no good, hilarious Tinder pick-up lines will make you laugh in the face of dating

According to Moll’s email, which he sent to every Missouri State student named Claudia he could think of, he accidentally swiped left on the Tinder dating app on an unknown Claudia’s profile. Without a last name, he decided to use the clues his mystery girl’s profile had given — her first name (Claudia), age (18 although the profile says 20), university (same as his) — along with humorous details from her photos that “had [him] dead” to aid in his search.

“In her bio she said some of her friends were single and if anyone liked them better that’s fine but they couldn’t have her mom,” he shared.

Moll continued, “I’m just asking, if this is your profile that I described, please message me back with ‘right’ or ‘left’ just so I know if you’re interested or not. If you choose ‘right’ we could totally get some donuts or something but if you choose ‘left’s that’s cool.”

The email ended with Moll asking the Claudias to “spread the word” about his quest.

RELATED: Panic took over when a woman on a first date couldn’t flush poop down the toilet

The real Claudia revealed herself, posting a copy of the email and a screenshot of her Tinder profile.

“THIS GUY LITERALLY EMAILED EVERY CLAUDIA AT MISSOURI STATE TO FIND ME ON TINDER,” wrote an amazed Claudia Alley (@claudiaalley).

THIS GUY LITERALLY EMAILED EVERY CLAUDIA AT MISSOURI STATE TO FIND ME ON TINDER pic.twitter.com/x8tQuYmj8Q

One fan tweeted in response, “I can’t wait for Disney to make a movie about this!!!”

I can’t wait for Disney to make a movie about this!!! https://t.co/kOtzbvhYRD

Another added, “Donut let this one get away.”

Donut let this one get away

While neither Claudia nor Hayden have confirmed if a donut date is in their near future, it makes for an epic story to tell their hypothetical kids one day.