Dads. They do the darndest things!

Getting the dog to the groomer shouldn’t be a terribly difficult task. Pack up the pooch, drive over to the doggie salon, and presto — all effort on the part of the dog owner is basically done, now the power to fail is in the hands of the groomer. Well, a nice fella named Beau took to Twitter this week to expose his father for the doggie grooming fail he committed.

RELATED: Watch the hilarious prank this pet owner plays on his obedient canine

Beau’s pop managed to fail despite getting the dog to the groomer successfully. You see, for reasons unknown to anyone, dad decided to essentially shave the family dog’s head but left a patch of hair so as to create a mohawk. It ain’t pretty.

Before and after my dad ruined our dog pic.twitter.com/FxVWXh2vH8

As can be determined by looking closely at the photo on the top right, which is actually a screenshot from a texting conversation between Beau and dad, dad thought this was fabulous. “New look!” he wrote to his son. We can all relate to a bad a haircut, but this poor pooch really got it bad!

Here’s a close up of that doggie mohawk. 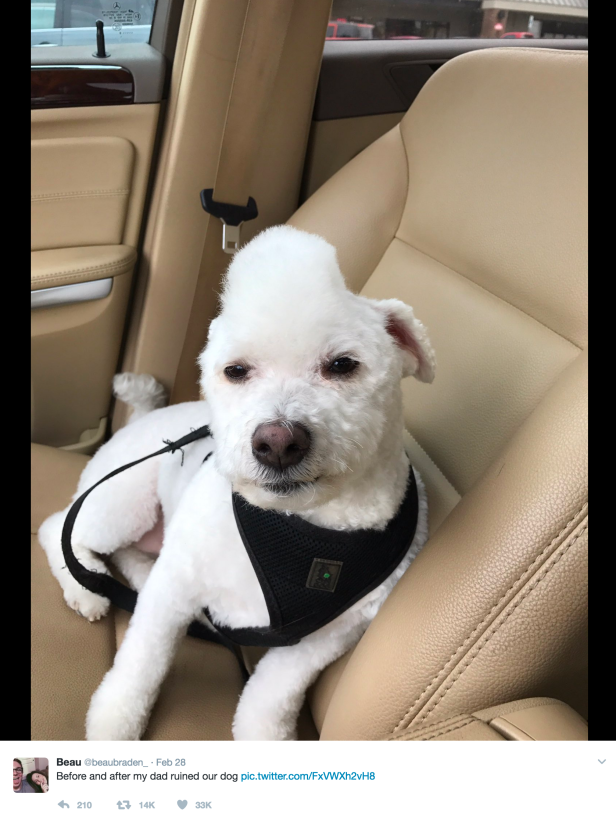 Fellow Twitter users were quick to jump in on the funny moment, creating memes and making jokes about the dog-hawk. 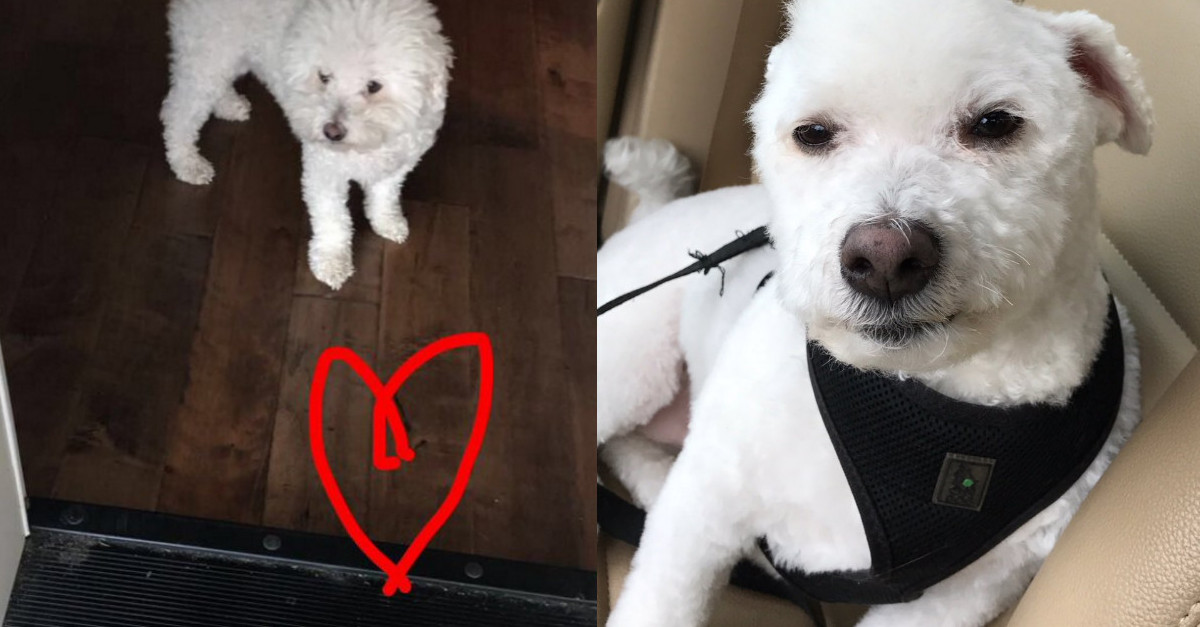