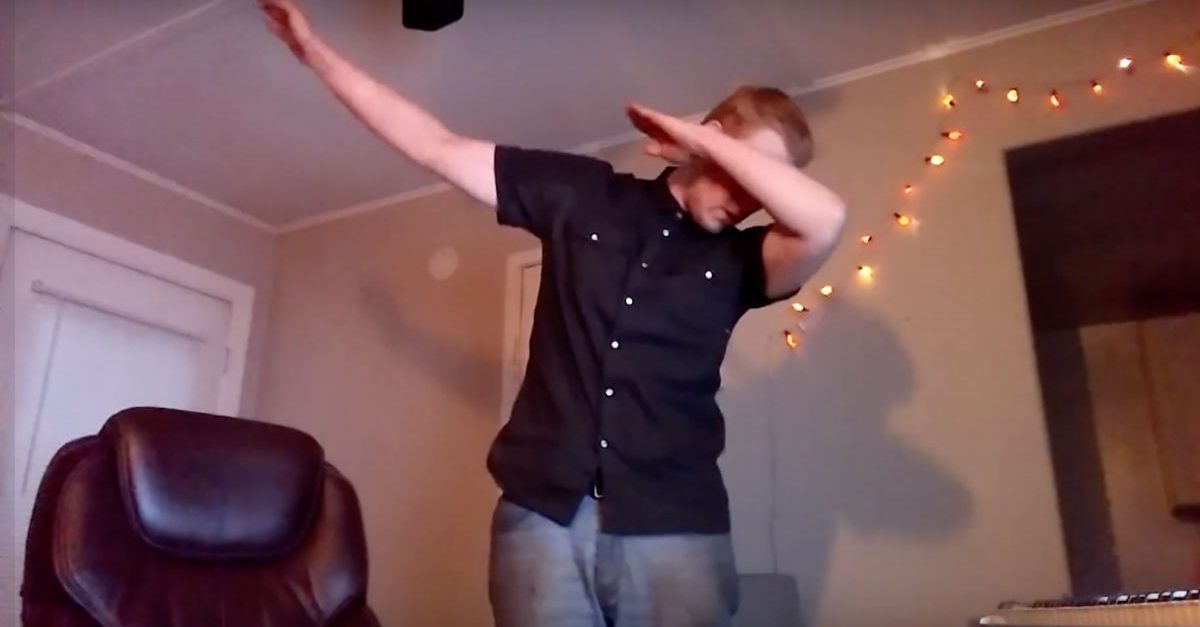 If aliens were to come to Earth years from now and ask for a brief synopsis of 2016, all you’d have to do is show them a video of someone dabbing, and they’d pretty much get the idea.

Considering the effect that dabbing has had on popular culture as of late, it doesn’t really surprise us much that a one Gamez John decided to get his dab on to Johnny Cash’s cover of the Nine Inch Nails song “Hurt,” a task which he claims earned him $670.

RELATED: Guy Fieri wolfing down food to ?Hurt? is about as funny as it gets

As Noisey so hilariously analyzes, the man bun-sporting dabber racks up an impressive 76-time dab count, which, for all you newcomers to the world of dabbing, is a hell of a lot of dabs.

Do you feel dumber for watching this? Well, welcome to 2016.