Sometimes you witness an event so bizarre that the only appropriate reaction is to whip out your smartphone, press record and point the camera at the craziness unfolding before your very eyes. (Actually, you should probably press record after you’ve pointed at the craziness, otherwise you’ll have two or three seconds of the ground at the beginning of the video, and nobody wants that. You’ll have to edit it out, and it’ll be a whole thing. So yeah, point the camera at the thing, then start recording. You’re welcome!)

The craziness depicted in this video involves a famous fast-food mascot whom you may recognize as the Eat Mor Chikin cow, the heifer that — in order to preserve its own species — encourages humans to devour chicken instead of beef. The EMC cow is attacked by a pair of rowdy chickens while it’s minding its own business on the side of a road advertising whichever fast-food restaurant it represents (we know which one it is, but we’re not in the habit of name-dropping fast food chains — unless they pay us, obviously.)

RELATED: Calling all ranch lovers — your salad dressing dreams are coming true in the best way

A scuffle ensues, and eventually the cow-valry arrives to level the playing field! At this point we should probably mention that these are just people in costumes, and the whole thing was definitely staged — right down to the “bystander” recording the incident. But it’s still pretty hilarious, and the Facebook comments on the video are gems. Let’s take a look at a few: 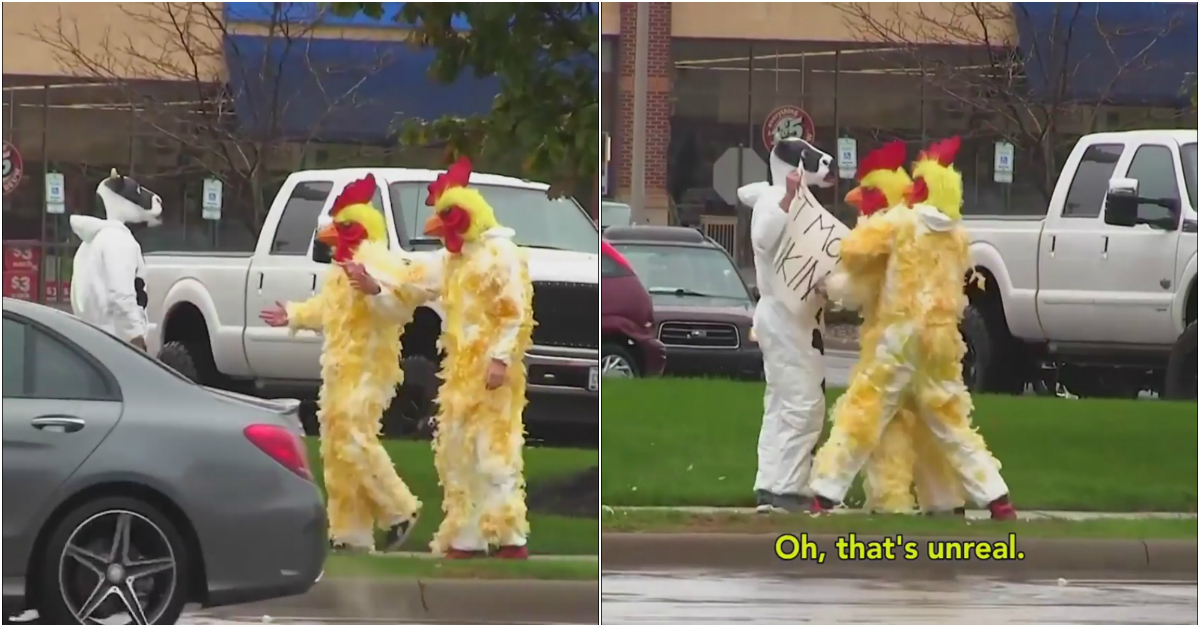