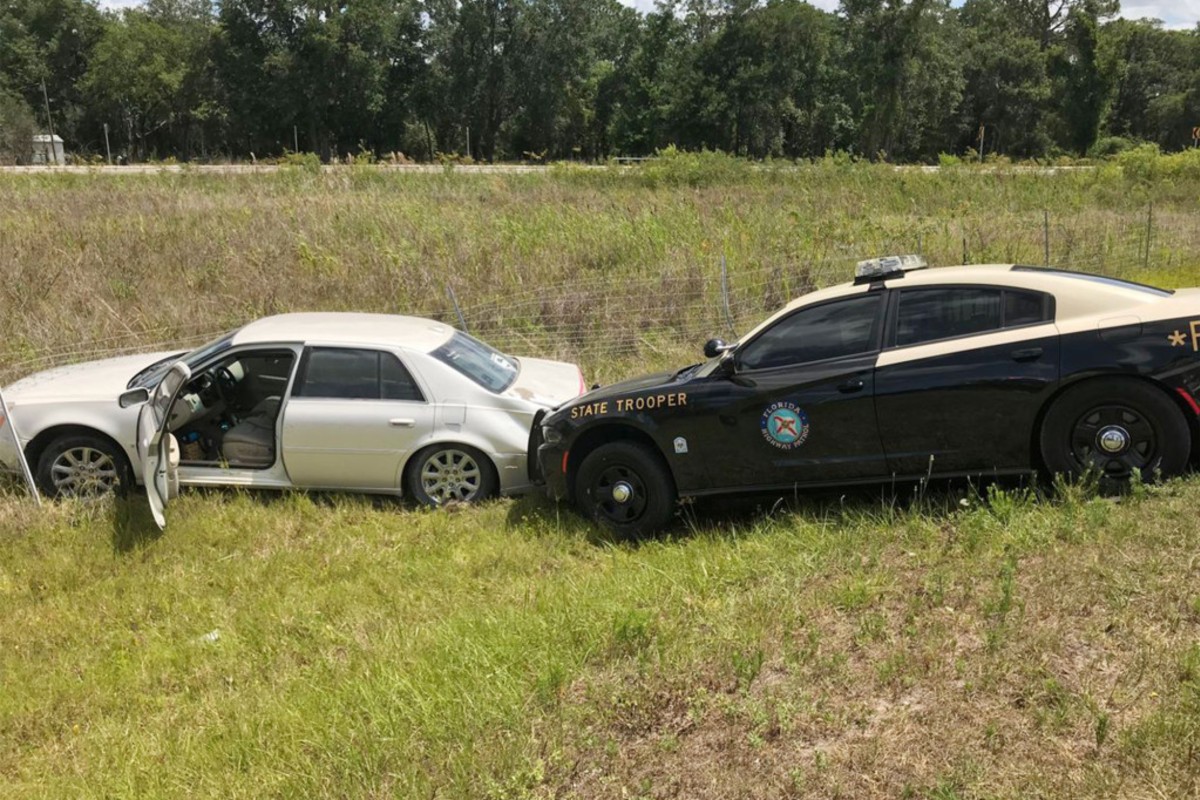 The chase began near Tampa, Fla. around 10 a.m. on Saturday morning, when FHP troopers received an alert from the Gilchrist County Sheriff’s Office regarding a stolen 2009 Cadilac sedan. The vehicle was reportedly heading south on Interstate 75 in Sumter County, reaching speeds of more than 110 miles per hour as it sped through numerous counties.

According to a report cited by local news outlet WFLA, FHP troopers first attempted to pull the driver over using a traffic stop along I-75 in Hernando County. The woman, who has since been identified as Rachael Lynn Stefancich, resisted arrest, rapidly changing lanes and using the shoulder to pass other cars. Troopers pursued the allegedly stolen car along Interstate 75 and eventually onto State Road 52.

When the suspect exited the interstate onto State Road 52 in Pasco County, troopers were finally able to immobilize the Cadillac sedan using what is known as a Precision Immobilization Technique, or PIT maneuver. A controversial, often deadly move, a PIT maneuver requires a  police cruiser to push the fleeing vehicle’s rear end sideways, sending it into a spin.

Rachel Lynn Stefancich, 24, of Plant City, was arrested Saturday after troopers say she drove a stolen vehicle at speeds of more than 110 miles per hour while eluding law enforcement along I-75.​ https://t.co/67Y4G0PzAL

According to the FHP, Stefancich was “nearly fully unclothed” when she was taken out of the vehicle. The arrest report says that a glass pipe used for smoking methamphetamine and a substance believed to be meth was discovered in the vehicle. Authorities also discovered the 24-year-old’s license had been suspended.

Stefanich, who is a resident of Plant City in Hillsborough County, told authorities that the vehicle belonged to her aunt, and she was authorized to drive it. The Highway Patrol wrote in a trending social media post that Stefancich “has been arrested for grand theft auto, reckless driving, fleeing & eluding, possession of methamphetamine, and driving while license suspended”. She has been booked into the Hernando County Jail.