Hamsters make for pretty good pets. They’re cute and low maintenance, and while they don’t always get along with each other, you can often keep several of the little guys in one cage. In this “Saturday Night Live” sketch, a kid named PJ gets two new hamsters, and he puts them in the cage with the two he already has. Unfortunately, PJ didn’t foresee the marital strife between the older rodents and how it might affect their relationship with their new cage-mates.

In a tense scene covering everything from alcoholism to infidelity to child cannibalism (one of the less cute aspects of hamsters, no doubt), this sketch creates a hilarious tension between the simple lives you’d expect of pets and the dramatic plot lines of cinema. In the end, PJ’s mom decides to call it a day with the hamsters and get him a dog instead, which is probably a sound decision. 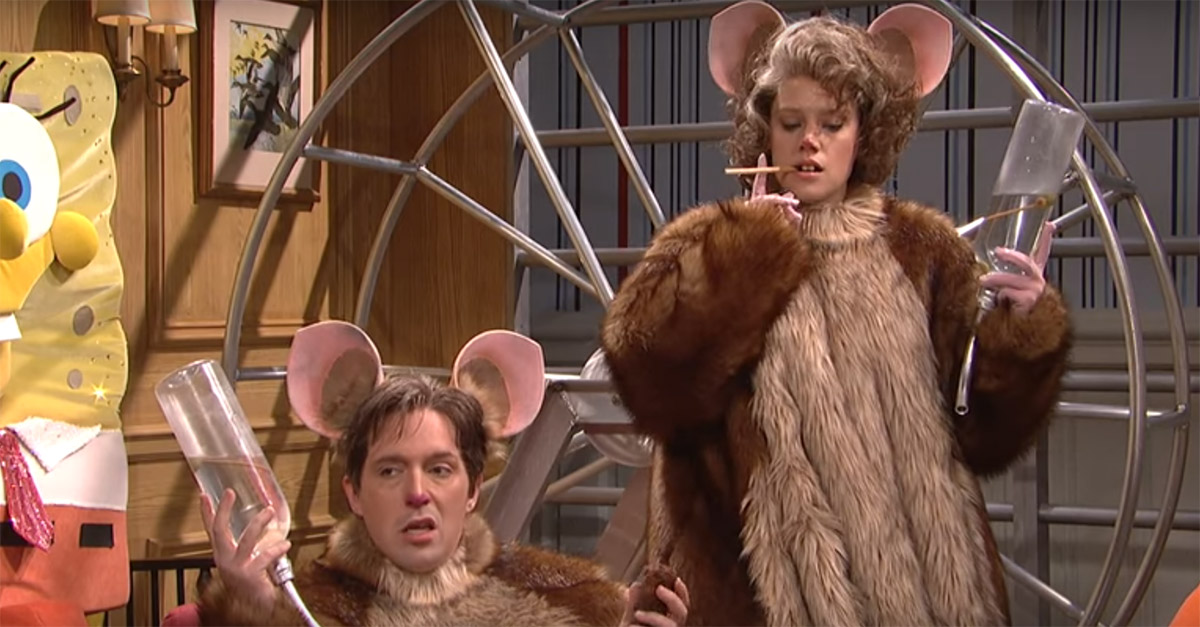