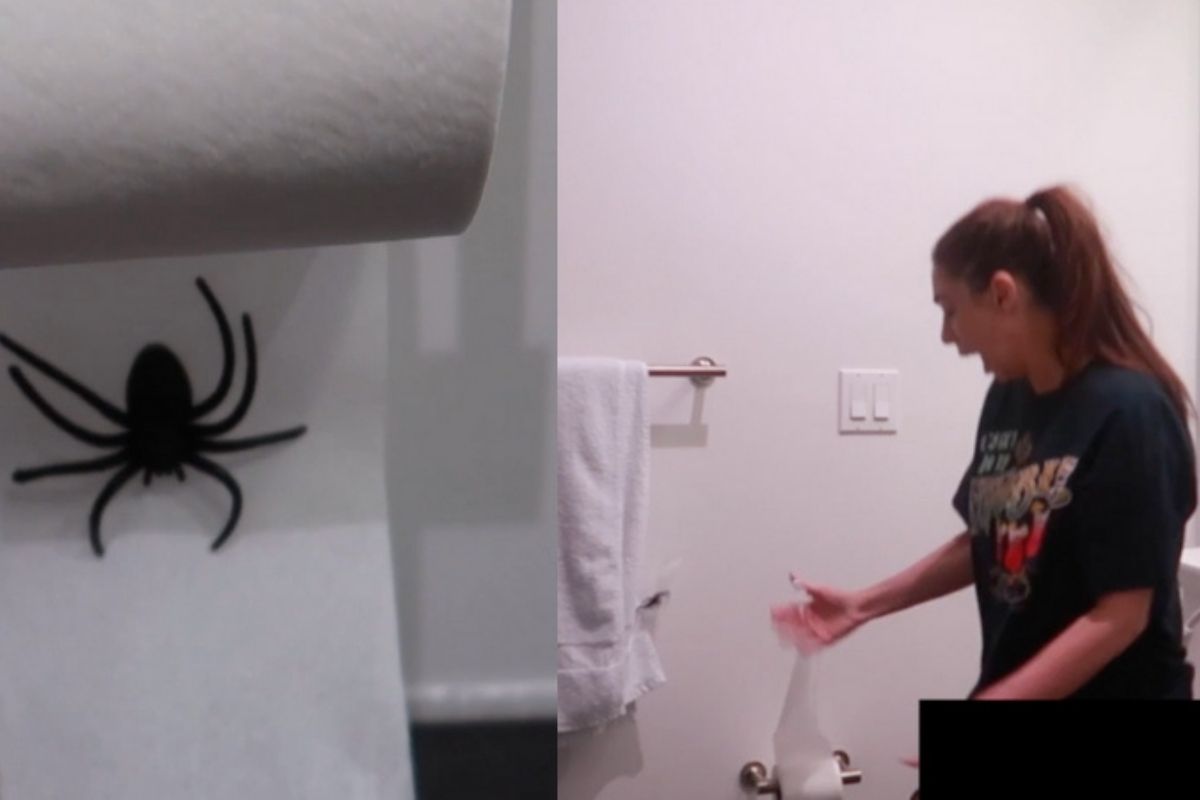 You know how sometimes you’re scrolling through the Internet and then see something completely useless but at the same time so amazing that it changes your perspective of something very very random? Well, after roaming around Facebook for hours, I came upon a video that seriously made me question this never-ending debate: how does one properly hang a toilet paper roll?

It turns out that YouTuber Corey B. has had the correct answer all along and decided to prank his girlfriend for always putting the toilet paper inside out every time she changes it. Corey and his girlfriend Alicia are known for their numerous pranks on YouTube and Facebook under the name ‘The B Family’. Being the fun couple they are, they always seem to play silly pranks on one another to keep the spark alive. According to Corey, the couple has struggled with this “toilet paper incident” for a while now, which is why he was determined to put an end to. To prank Alicia, the Youtuber decided to unwrap the toilet paper which was ?put wrong? and tapes a spider to it, so when you pull on it, the spider is unveiled.

After setting up a camera in the restroom, a few minutes later Alicia comes in, does her business, and when she goes to grab the paper, she becomes startled. Jumping three feet in the air, she pulls her pants up, calls out for Corey, and runs for her life. Like any normal person would do.

A Prank to Remember

It was hilarious, I admit it. If I was her, I would have grabbed the shampoo bottle and thrown it at his head for giving me a near heart attack. Because well, nobody likes spiders! If you do, then you?re weird. I don?t know what to tell you.

After looking at the comments, I was shocked to see that this is surprisingly an actual problem for some people! According to Reader’s Digest, over 70 percent of wipers prefer the over method. This provides an ?easier access? to the free end of toilet paper and minimizes the risk of a ?knuckle on the wall” germ gathering. The other 30 percent, those are considered horrible horrible humans! They believe the under position gives a tidier appearance and makes it paperless prone to pet attacks, which is pretty true. I?m serious, this is actually a thing, there is a patent for it and everything!

In 1891 New York Businessman Seth Wheeler (known as America’s founding father of toilet paper for some) patented the first perforated wipes in 1971 and launched his Albany Perforated Wrapping Paper company in 1871. Wheeler created a dozen patents until the 1920s, including those for toilet paper crimped into ornament patterns, and disposable bosom pads. Anyway, to some, his greatest invention was the role and handles design, which illustrates and ?solves? the whole over/under tissue debate. As you can see, his answer was clearly ?over?.

Honestly, I don?t check, I just put the toilet paper the way I grab it out of the bag. Sue me. It?s just toilet paper, guys, as long as you do your business and use it! But, it?s good to see that people can make a good video and make people laugh out of a silly situation.

So, there you have it! Your random fun fact of the day. I hope this helps you start a good conversation during your Happy Hour next time!

Editor’s Note: This post was originally published on January 30, 2019. We brought it back because we thought you could use a good laugh!