Since the death of Carrie Fisher, the world has witnessed an outpouring of love and remorse for the deceased Princess Leia. “The Force Awakens” was Fisher’s last film; a few months before its release, she revealed that she had an affair with her co-star, Harrison Ford.

When Ford stopped by Jimmy Kimmel’s show a few years ago, they were still filming “The Force Awakens,” and the actor said he couldn’t speak about the film.

RELATED: Watch Carrie Fisher open up about her affair with Harrison Ford and her love for Coca-Cola on “Ellen”

When a famous Wookiee showed up, it was revealed that Ford, and his alter-ego Han Solo, weren’t happy with the co-pilot.

In one of the funnier moments on Kimmel’s show, there was a brief tête-à-tête before Ford rushed off the stage, but only after he pointed at Chewbacca and cried, “I’ll see you in hell!”

RELATED: This throwback photo of Harrison Ford is guaranteed to be the best thing you see all day 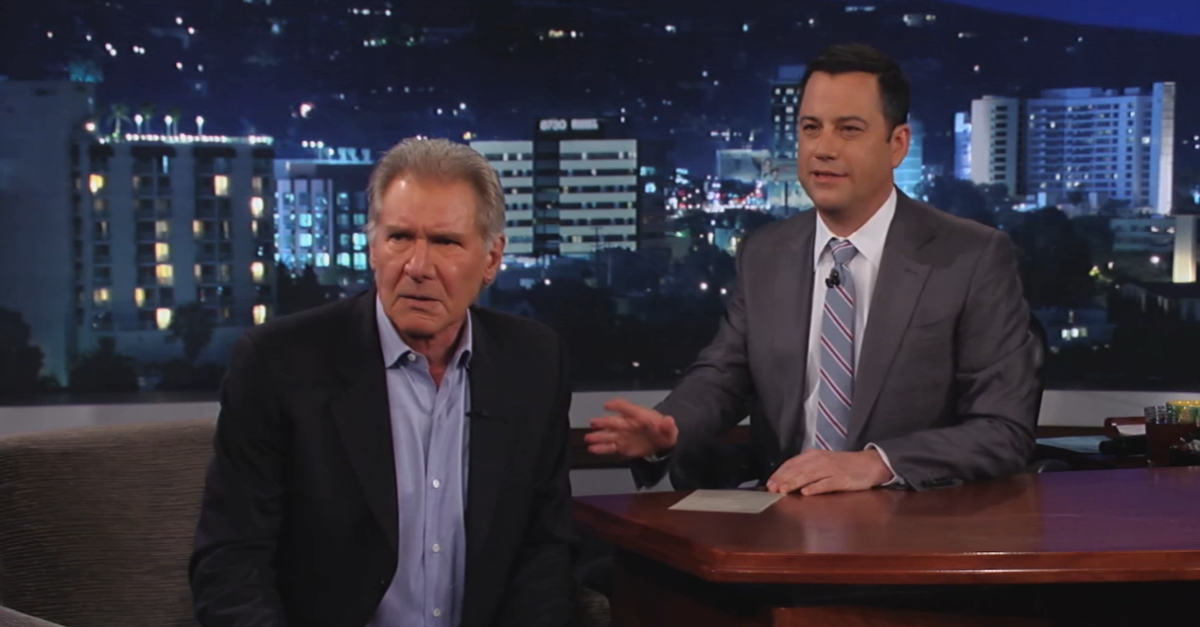