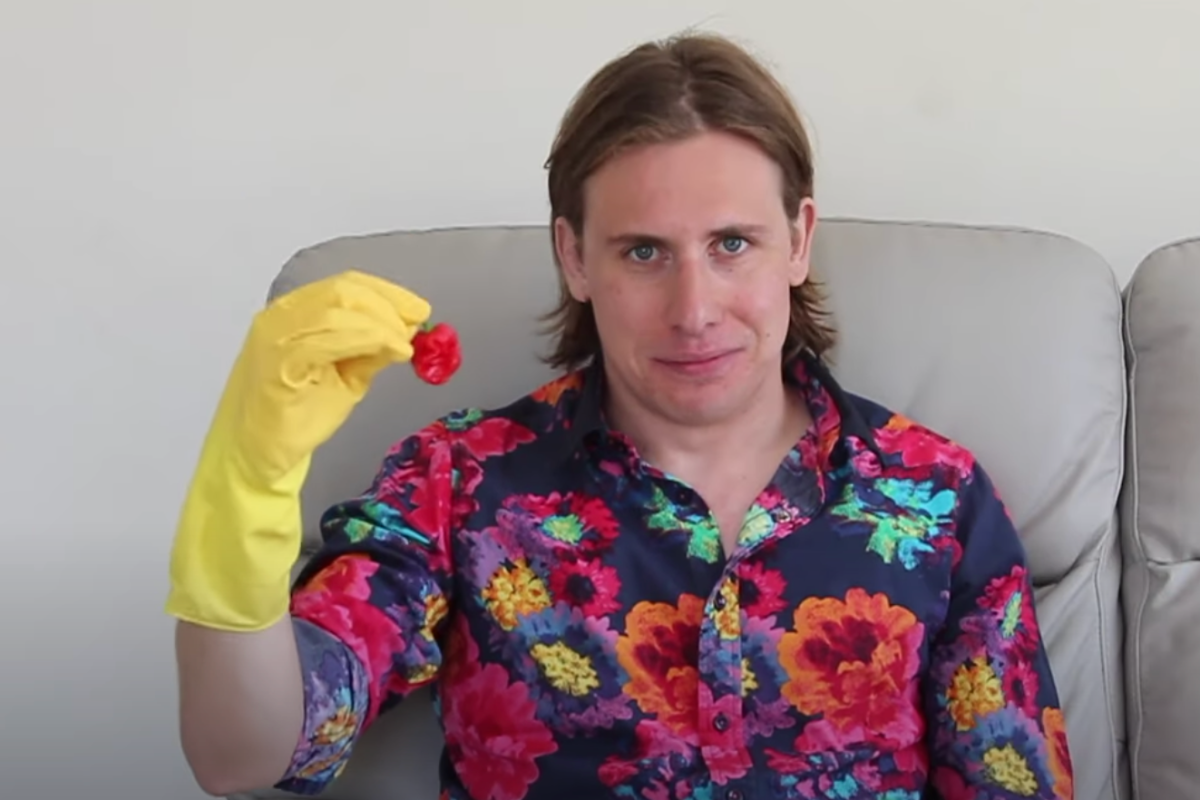 A pepper rated by Guinness World Records as the world’s hottest pepper is dangerous business, as James Ware found out when he ingested a Carolina Reaper pepper and uploaded it for the masses on YouTube.

His words as he grimaces in pain sum it up perfectly: “Why did I do this? This is the most stupid idea for a video ever. Feels like somebody is inside me with a blow torch.”

The Hottest Pepper in the World

This thing is so dangerously hot, it was measured by a scale called Scoville Heat Units (SHU) and given an average heat rating of 1.5 million, with its hottest individual pepper coming in at a volcanic 2.2 million. By comparison, the Ghost Pepper and the Red Habanero pepper, the second and third hottest peppers in the world were given ratings of 1 million and 555,000, respectively. On a more earthly scale, jalapeno peppers and Tabasco hot sauce are each rated at 2,500 on the Scoville scale.

As far as chili peppers go there are hot ones, and then there’s the reaper, a super hot pepper that truly was not ever intended for human consumption. (Spicy peppers are supposed to be the plant’s natural deterrent to being eaten.) It’s the world’s hottest chili pepper. Just get some Sriracha. Give your backside a break.

This story was originally published July 27, 2016.

Watch: Couple Shared Photo of a Ghost They Snapped at “The Shining” Hotel