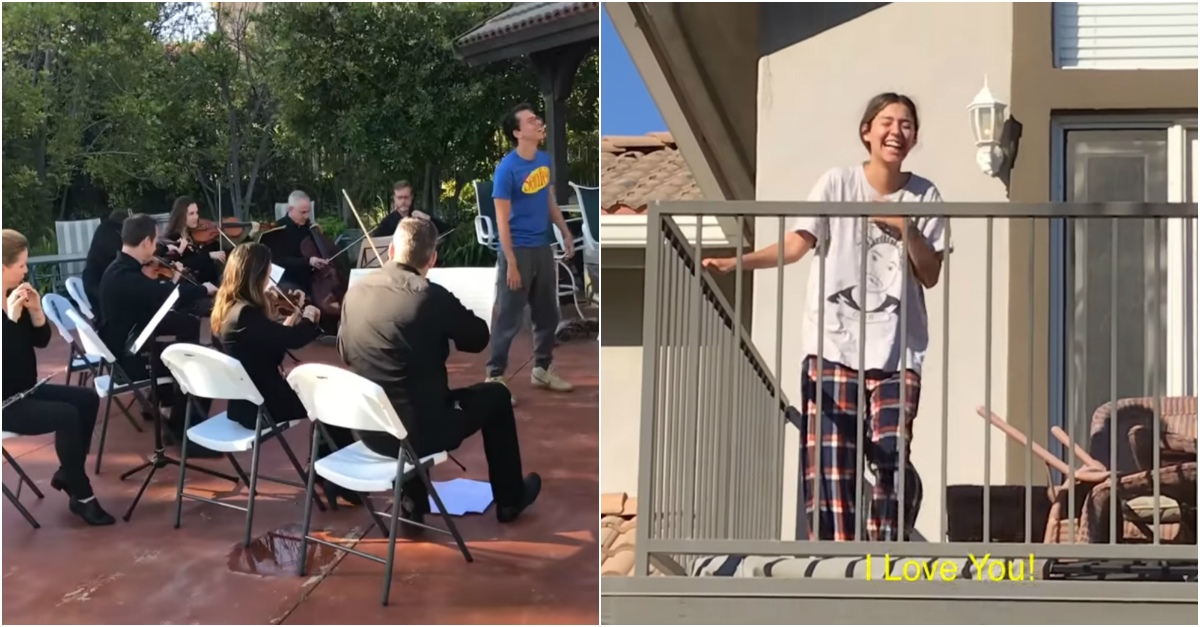 One wife got a very pleasant birthday surprise when her husband — the rapper Logic — hired an orchestra to play the theme song from her favorite TV show to her.

The orchestra played the theme song to Larry David’s excellent HBO comedy series “Curb Your Enthusiasm,” which will be returning for a 9th season in 2017.

RELATED: Reliving the time Bea Arthur absolutely killed it on ?Curb Your Enthusiasm?

The musicians gathered underneath a balcony and began playing shortly before Logic’s wife, Jessica, came out onto the balcony in her pajamas.

Both Logic and Jessica posted about the moment on Instagram.