It’s tough enough to ride a jet ski and not die on it, but this guy decided that he was more man than the machine and wanted to try a few tricks. Unfortunately, he assumed that he had the skills to pull of a backflip and learned very quickly that not only was he wrong, but that gravity was right.

RELATED: Video of a T-Rex doing some pretty gnarly tricks on a jet ski is definitely worth a round of applause

Stand-up jet skis have mostly gone out of style, but there’s a chance that you’ll be able to see them again. According to Jalopnik, Kawasaki, the company that first created the craft (they hold the trademark for the name Jet Ski), is planning on bringing back the trick skis. We would advise against any backflips.

RELATED: Moron rents a jet ski, promptly drives it into a massive wave 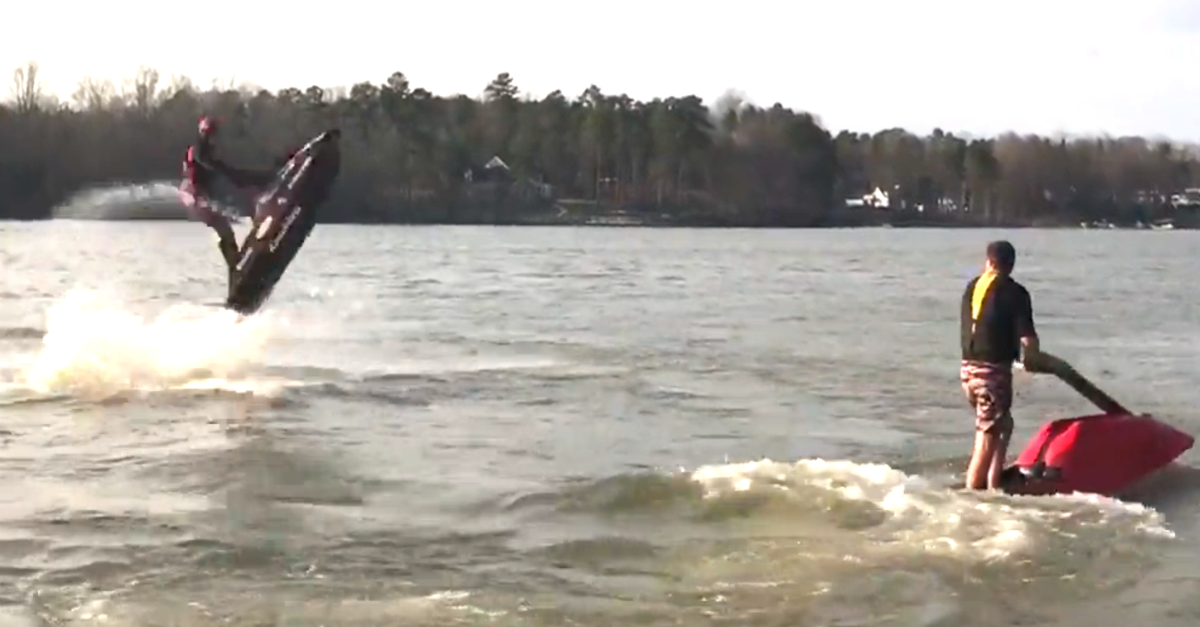