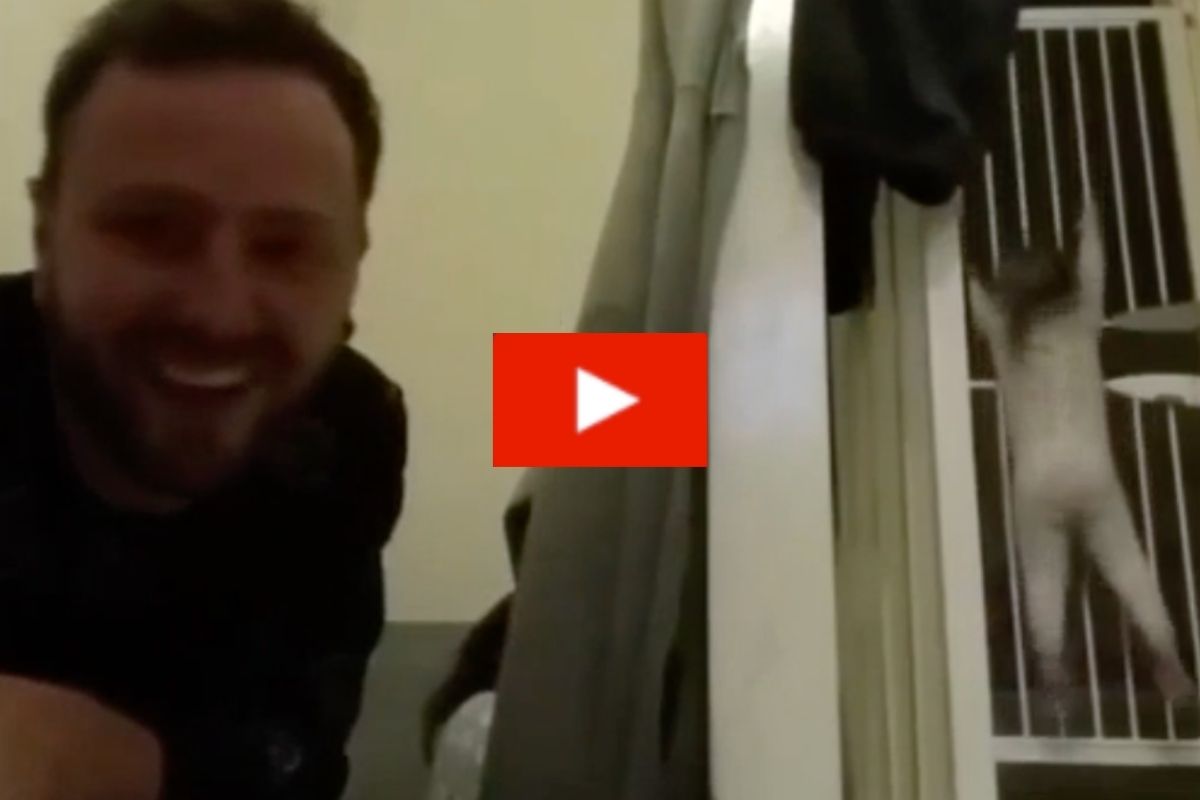 Baby gates are terrifically useful. But, if you have a nimble toddler, who refuses to be, well, caged, then that’s a problem.

“My 2-year-old started climbing her single stair gate now and then, so I thought I would put two up,” said dad Wesley Quilty. Quilty, from Leftwich, U.K., who decided to stack the gates one on top of another. That should’ve done it. Right? Nope.

Not for this little girl, who can be seen climbing to the top of the two gates, then throwing one leg around and coming down the other side. Even more impressive? She did it crying the entire time! I guess nothing can truly get in the way of a very determined toddler. You can see her parents watching her in laughable disbelief and defeat as they watched their baby girl make what looks like a dangerous trek over both gates.

Now, you know these parents must have been tired. They weren’t even freaking out that their daughter could potentially have fallen from such a dangerous height and broken something severe. In fact, they gave defeated laughs in their pajamas as they realized they are probably going to have yet another night of no sleep, trying to put their little climber back to sleep.

But again, kudos to the little one. I mean, she expertly, assumingly with no prior training considering she was only 2 years old, and safely maneuvered her own tiny body up and over AND DOWN two whole baby gates like she had been doing it for years. And she probably has just over one year’s experience walking on her own two tiny feet.

But if I were these parents, I would be extremely alarmed for what it’s going to be like when she becomes a teenager. They better really keep an eye out, as sneaking out with her friends suddenly doesn’t seem as difficult, no matter what obstacles they might put in play.

Editor’s note: This article was originally published on January 26, 2018.