If a 1990s “Saturday Night Live” sketch featured Norm Macdonald, odds are, it was written by Macdonald and featured some off-the-cuff, almost sick humor.

Of all the farewell sketches in the history of “Saturday Night Live,” “The Polar Bear Sketch” may win for the strangest. At the end of the 1994-1995 season, SNL was about to do a massive overhaul of talent and would say goodbye to cast members Kevin Nealon, Chris Farley, Adam Sandler, Ellen Cleghorne, Morwenna Banks, Jay Mohr, Laura Kightlinger, Michael McKean and Chris Elliott.

In one of their final appearances on the show, Sandler, Mohr and Farley joined Macdonald and Tim Meadows for a sketch where each guy jumped into a polar bear pit.

RELATED: Almost 20 years after he was fired from SNL with Chris Farley, Adam Sandler still wasn’t sure why

Despite knowing that they were jumping to their doom, cast member after cast member jumped into the pit, an act that was normally preceded by a really lame joke.

As each person jumped into the polar bear cage, he or she effectively say goodbye to a career on “Saturday Night Live.”

Despite everyone jumping into the cage, Meadows and Macdonald would come back for more seasons of SNL.

Years later, Sandler would remark that he and Farley had been prepared to quit around the time they were fired.

“We kind of quit at the same time as being fired. It was the end of the run for us. The fact that me and him got fired? Who knows,” Sandler opined to the Daily Beast.

“We were on it for a few years, had our run, and everything happens for a reason. We kind of understood because we did our thing. It hurt a lot at the time because we were young and didn’t know where we were going, but it all worked out.” 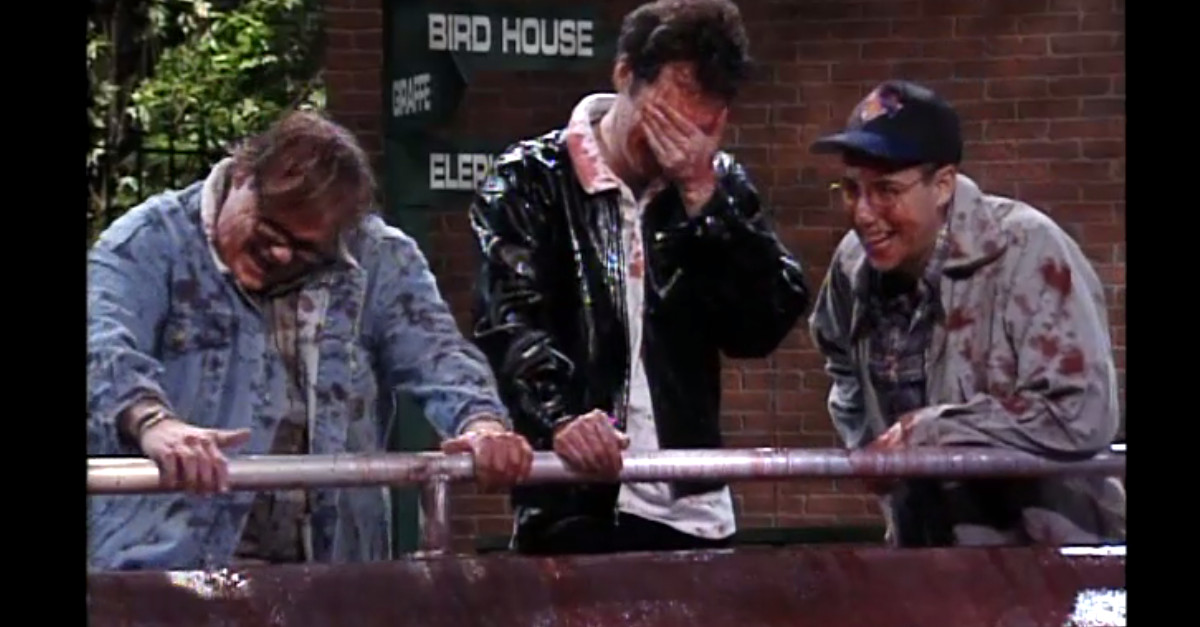